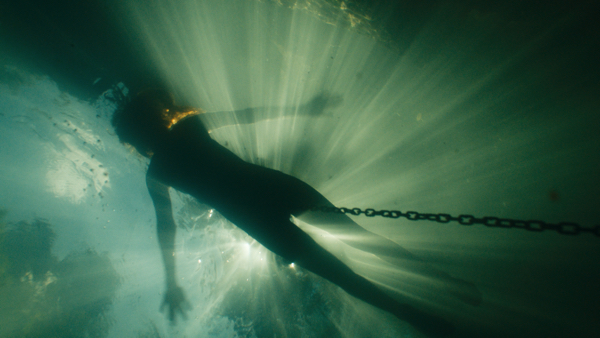 This mesmerisingly mad thriller from Colombian film-maker Alejandro Landes sees a dysfunctional Lord of the Flies style family of teenage guerrillas roaming the unnamed mud-soaked South American landscape armed and dressed to kill, and death comes easily. In their crazed state of mind anything can happen – and it does. The tense survivalist narrative is driven forward by a clashing metallic soundscape making it all the more unsettling. Fending for themselves in the middle of nowhere, the kids are controlled by the “organisation” a faceless control centre that has lent them a cow to provide nourishment. As you can imagine, the cow dies very soon afterwards, shot by a stray bullet.

Critics have compared Monos to Apocalypse Now but that is a far better film with some gravitas and resonant characters, unlike this rowdy, rather faceless mob. Cinematically though this is a fantastic undertaking, and Landes’ imagination runs riot, both on the widescreen and in intimate close-up making Monos is one of the most visually striking films of the year, despite its rather one note narrative. The Monos themselves (it means monkeys in Spanish) are apparently named after the Mono Grande, South America’s answer to the Loch Ness Monster – a giant monkey rumoured to roam around somewhere on the continent. These kids don’t have a mission as such, although they have been entrusted with a hostage, an American engineer called Doctora (Nicholson) and her child. Their days are spent in military style manoeuvres, their nights hedonist orgies.

The first half of the film is all about the group’s rituals and customs, but in the second half the action moves from the mountainside to the depths of the perilous rain forest. This is when Doctora breaks free and escapes while the family – and the film – also starts to unravel. There are still visual thrills to be had in this riotous rollercoaster but Monos ends on a pathetic note, rather than going full circle to complete its wild child parable. MT