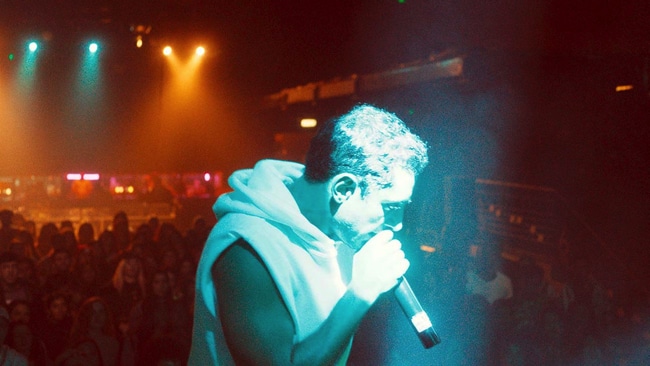 Riz Ahmed is screen dynamite as a British Pakistani rapper afflicted by a wasting disease in this dazzling and deeply personal portrait of racial identity and the ties that bind.

Bassam Tariq takes a thematically rich subtext based on Ahmed’s background and sideline in the music world, and winds it into a trippy visual experience with a throbbing soundscape but less punchy script fuelled by the inner turmoil of its main character.

Ahmed plays New-York based rapper Zed on a visit to his parent’s modest London home in the wake of a European-wide concert tour. The homecoming drudges up disorientating memories of racial and religious tension and a longing for the warmth of home life in the light of his imploding romantic relationship with girlfriend Bina. Suddenly he is a brother and son again (to his devout and hard-working father Bashir (Alyy Khan) rather than just a music star with a growing fanbase.

Worryingly Zed also experiences signs of physical weakness and is admitted into hospital for tests which reveal an autoimmune condition, possibly a metaphor for his suffocating family. Despite his family’s religious concerns Zed decides to take up the offer of a promising clinical trial which may however threaten his fertility.

His time in hospital is fraught with anxiety and tension and Tariq channels this into febrile hallucinatory sequences that tap into the social and cultural heritage that Zed left behind him in his struggle for musical and material success. Although this all looks exciting the script fails to mine the dramatic potential to any affect, leaving us constantly on the outside looking in. The constant repetition of ‘Toba Tek Singh’ – a phrase Zed chants obsessively with his father in the final scene – will leave most viewers baffled, given the film’s Muslim sensibilities.

Ahmed is extraordinary to watch lighting up every frame with his febrile intensity, particularly in the scene where he tries to persuade Bina to help him with a ‘sample’. Clearly heartfelt and well-intentioned this portrait of a sensitive artist also occasionally feels self-indulgent and contextually bewildering due to the complexity of the issues involved, but that is clearly the nature of the world we now live in, and the root of society’s modern malaise. MT