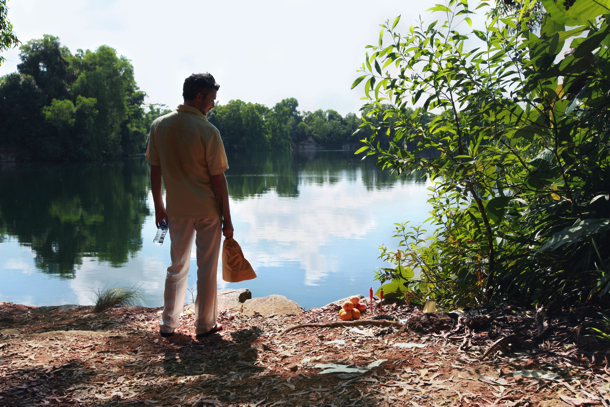 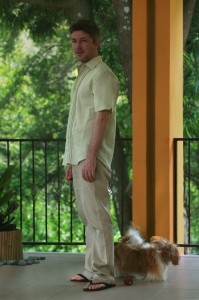 In their acclaimed debut Helen (2008), writer-directors Joe Lawlor and Christine Molloy probed into the mind of a passive protagonist whose desire to reinvent her life slowly manifested itself as she took part in a police re-enactment of the last known movements of Joy, a college classmate gone missing. In their follow up, Mister John, another passive protagonist (Gerry, played by Aidan Gillen) travels to Singapore after the death of his brother (the eponymous John). Upon landing, Gerry finds that his luggage has been lost, and John’s widow later lends him one of John’s shirts to wear – and, much like Joy’s distinctive yellow jacket does for Helen, John’s shirt seems to offer Gerry the first step towards a possible reinvention of the self. However, despite the many similarities between the two projects, Mister John never feels like a repetition: a continuation, perhaps, or a development (both of style and of themes), but never a repeat. If anything, the similarities could be offered as proof of the distinct, singular vision of the directing duo. 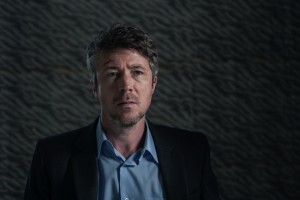 With its lush images, languid pacing and heavy, brooding soundtrack, Mister John is a film thick on atmosphere, and relatively thin on plot. At times, its dialogue feels clipped and overly minimal, and there are occasional slips into cliché – Gerry sitting on his bed, rubbing his face in his hands; a frustrated woman cutting up her lover’s clothes – but none of this detracts from the alluring, beguiling success of the film. In fact, it all feels like a part of the overall design, a deliberate play with convention on the part of the filmmakers. The film is, after all, a kind of anti-thriller (in this there is, perhaps, an obvious comparison to be made to The Passenger, Michelangelo Antonioni’s classic identity-swap anti-thriller – but the similarities feel superficial. The tone, the mood and the ideas all seem different here, even if the filmmakers have publicly acknowledged Antonioni’s influence).

Another element of Mister John which shouldn’t go overlooked is the rich vein of humour which runs throughout. That the film’s scariest moment leads to one of its funniest, shows again the mastery of Lawlor and Molloy’s control of the medium. If Helen was, as many claimed, an outstanding debut, Mister John is most certainly a worthy follow-up. ALEX BARRETT