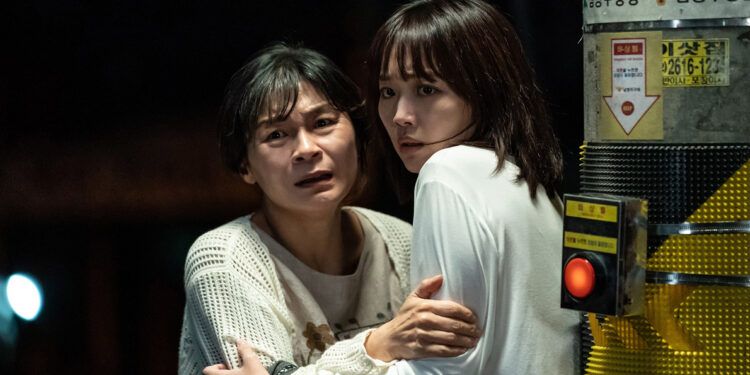 An impressive first film for South Korea’s Kwon Oh-Seung highlighting his country’s negative attitudes towards women and the less able in a really tense cat and mouse thriller.

Kyung Mi (Jin Ki-joo), a deaf woman, is attacked in a crowded street when she goes to the assistance of another young woman, onlookers siding with the assailant (serial killer) Do Shik (Wi Ha-Joon) and viewing her cries for help as female histrionics – or even a tantrum.

The implication here is that these two women really shouldn’t really be out and about after dark. But putting misogyny aside for the moment, the film inadvertently sheds a grim light on the male characters: a control freak brother and an outright killer.

Kyung Mi and her mother may be aurally challenged but they certainly make up for it with their courage and resourcefulness refusing to be put down despite their impairments, without coming over as self-pitying. The director makes clever uses of a soundscape that imagines the world from the POV of the hard of hearing and that is its selling point, despite the rather trite finale. MT