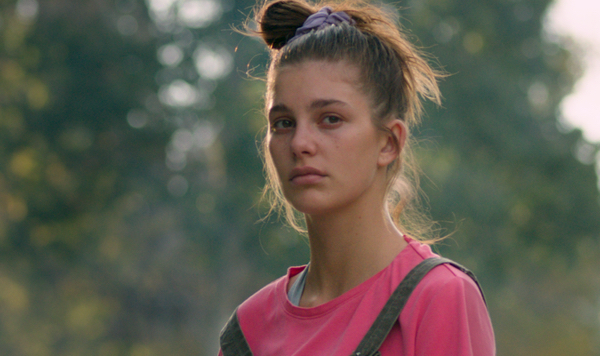 Father and daughter relationships can be challenging especially when the dad has a checkered past of drug abuse and drinking. Mickey is an 18 year old in a fraught relationship with her father Hank an Iraqi war veteran who is still on the bottle, Mickey keeping him on the straight and narrow and dealing with his occasional lapses. The two live in a trailer big country Montana where Mickey works part-time in a taxidermists and widowed Hank is now retired and mooches around in a semi-permanent fog, sometimes confusing Mickey with his late wife.

Attanasio’s nuanced characters have unpredictable edges and make this drama the success that it is. Father and daughter have a joint bereavement that binds them together and somehow they rub along although sparks occasionally fly. And Hank has a habit of hiding from reality.

Mickey’s boyfriend, Aron (Ben Rosenfield), is the weak link character-wise. A controlling whinger hooked on his ability to win Mickey back whenever she tries to leave him, while. she’s applied to college in San Diego in a bid to make something of the future, Aron only sees them settling down with kids. But then she meets aspiring musician Wyatt and suddenly Mickey’s head is filled with new ideas in a story that doesn’t go where you think it might. And Mickey soon finds herself struggling with two unstable males and a disastrous bear-hunting episode, not to mention an anaconda. DP Conor Murphy captures the lyrical journey with some imaginative camerawork and Brian McOmber and Angel Deradoorian’s soundscape echoing the highs and lows of the characters’ emotional journey along with a well-chosen musical selection, and some quiet moments too. MT