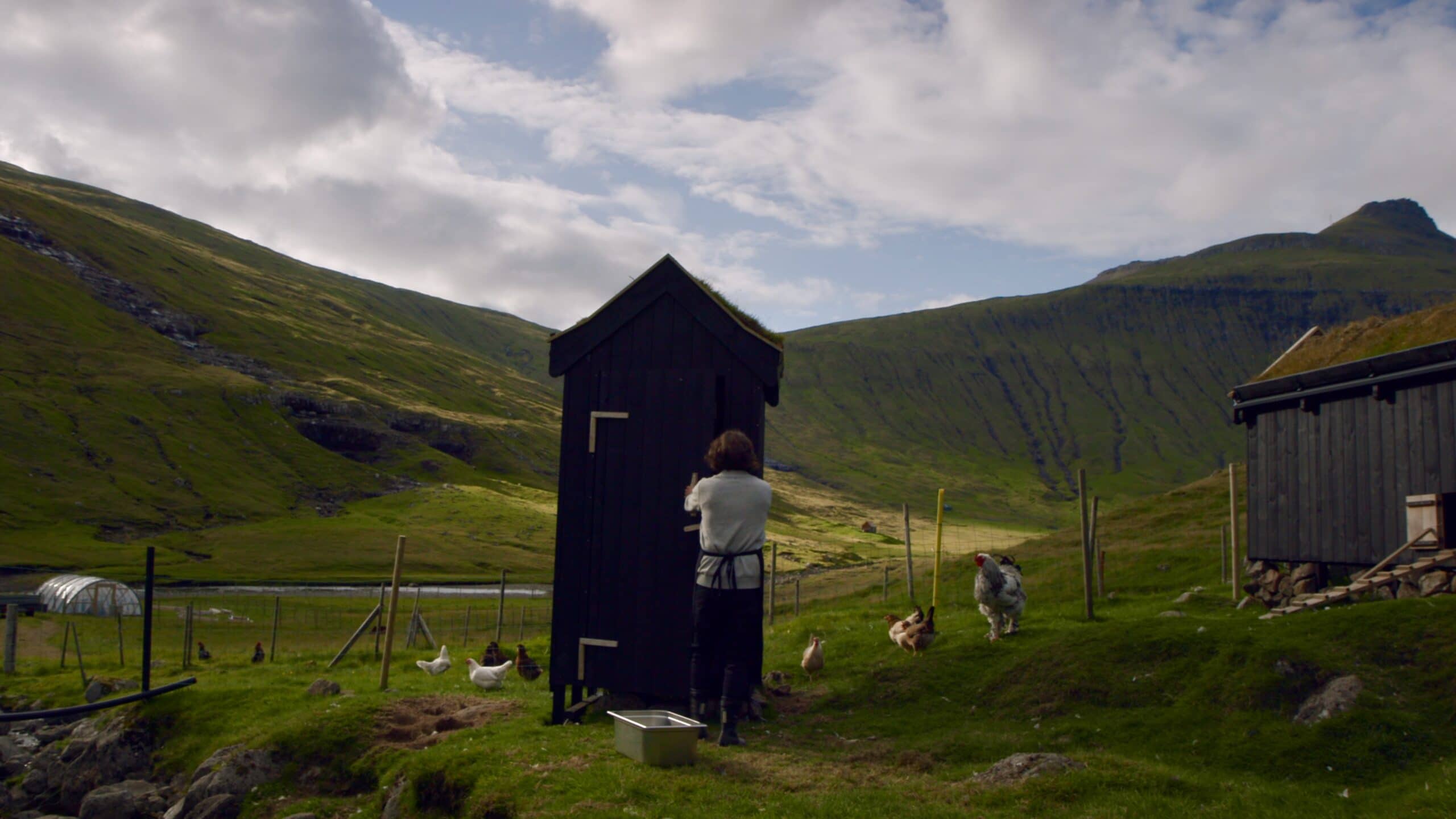 In this foodie documentary Rasmus Dinesen (Michelin Stars – Tales from the Kitchen) travels to the Faro Islands to find out how the top starring Michelin restaurant KOKS thrives on its predominantly international clientele.

The pandemic brought out the best in Johannes Jensen’s entrepreneurial skills: despite enforced close his restaurant is back doing a roaring trade attracting diners from far and wide to sample the Nordic delights of chef in charge Poul Andrias Ziska who has to rely on local produce sourced exclusively from 500 square miles of rugged terrain under sub-polar weather conditions. KOKS is housed in a grass-roofed low ceiling farm homestead surrounded by fields and hills in one of the isolated Faroe archipelagos in the North Sea. It may look right out of ‘Hobbit’ country, but the Faroe Islands are made of mythological stuff: Nordic fairy tales, 37 different words for fog, sheep outnumbering humans, waterfalls, deadly cliffs and the native language spoken by just 50 000 locals.

And then there is KOKS. Poul Andrias Ziska, the spiritual leader of the establishment, has a young daughter and his partner is pregnant again. Karin Visth is one of the few women featuring in this male dominated set-up. The guests sit only a few inches away from the predominant kitchen staff. Journalist Rebecca Mead fetches up from the ‘New Yorker’ to sample the culinary delights and we also meet Marco Invernizi, a soi-disant ‘International Diner’.

But the food is the star here, a veritable work of art: Steamed Horse Mussel, Smoked Whale’s Heart, Breast of Fulmar and fresh Sea Urchins, to name but a few. Ziska is also an active hunter: we watch him on a boat going after whales, and killing a sheep, before dismembering them. The mass slaughter of whales is another gruesome addition, but the film makers have employed Pastor Sverri Steinhólm to parry any accusations: “We are using animals as food, but we are no Big Game hunters like in Canada and North Norway.” And Ziska also defends the killing of animals in the name of survival. He collects Fulmar eggs on a precipitous rockface, and exchanges some of them later with fishermen who have just come back with their catch; demonstrating an ancient custom of collaboration.

Nobody can deny the KOKS team’s achievements. But there are contradictions, and Pastor Steinhólm’s praise of the strength of the Faroe people and their ‘Nordic superiority’ are wishful-thinking in the light of the recent pandemic. AS