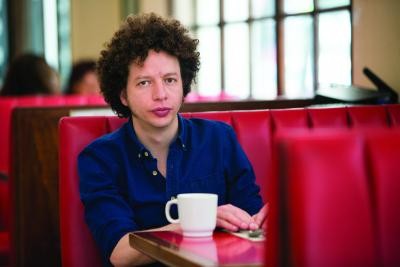 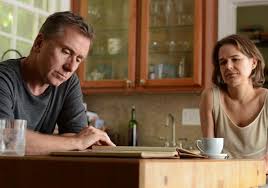 In 2010, Michel Franco’s grandmother suffered a stroke and was confined to bed for several months until her eventual death. The nurses brought in to care for the patient caught Franco’s attention and became the inspiration for his new film Chronic, starring Tim Roth as David, a palliative carer whose devotion to his patients sees him cross the line of professional objectivity. The film bagged the Mexican filmmaker the best screenplay prize at this year’s Cannes Film Festival where it screened in competition and where I had the opportunity to speak with director and screenwriter Michel Franco.

How did you prepare for the film?

The main research came with my personal experience with my grandmother. There were different nurses working shifts, some got fired, some went away. And so in six months I saw a parade of nurses and that’s when I decided to work on the story. Originally, it was supposed to be a female character in Mexico. Then I met Tim [Roth] and we got along and we started to research the movie together. Changing the gender was easy. It’s almost the same story, nothing changed. Changing it for the States, however, it changed a lot. Things work a little differently there. Society is different but also the medical rules are different, so I spoke to a lot of nurses and Tim did as well. Sometimes, Tim would call me and tell me he’d found something interesting and if it was good I would include it in the script. Sometimes I was about to shoot something and Tim would say no this would be done this way. His hands would be in a certain position and we also had nurses on set to help us keep it realistic.

Tim Roth’s character David is a man with his own problems, we learn.

It was interesting to build this character as deeply as possible. If we didn’t get into his mind or his past the film would only be a series of anecdotes about his patients, rather than a character study. Also when you talk to nurses you also hear these kinds of stories. A question which is not answered in the film is whether or not he started working before or after he had his own problems. It’s important to me for the audience to wonder how the personal life changes the work. 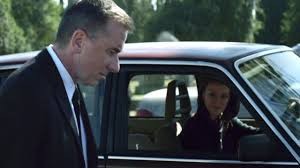 The character doesn’t like talking about what he is doing, especially to the patient’s families.

Most of the nurses I met speak openly about what they do. But it was interesting to draw a line with Tim’s character between how dedicated David is with his own patients and how he doesn’t spare any energy with other people. It is strange to talk about it because then I’ll explain more about the film than I should. Yeah, he has a difficult past, so he likes to escape from himself, so he fantasizes. What is more interesting is how he gets involved with the patients even when he’s not with them, how he’s thinking about them and involved in their worlds. That I did find happened with the nurses. When I spoke with this one nurse, I asked her ‘When you leave the patients and their illness and you go home to your own family, do you forget about it?’ and she said no she was always thinking about it. And she even liked it to some extent. That was strange to discover. These nurses are addicted to this suffering, but it isn’t that they enjoy it, it’s just a strange relationship to suffering.

As in your earlier work, you use a mainly static camera to tell the story. What informed that choice?

I wanted to move the camera but I couldn’t this time. My cinematographer Yves Cape, who works a lot with Dumont and Claire Denis, had a slider on the first week because we were going to do some small, subtle camera movements, mainly because I wanted to change, I wanted to make a different movie, but then I was like ‘fuck it, don’t impose your needs as a director onto the movie. Stop thinking about whether your making the same movie or not and just do what is best for the movie.’ As with my previous films, it’s a way of keeping it simple and pure and giving the audience their space to make their own conclusions. I’m putting the audience in the room.
Why would it need movement? Normally the standard is to move the camera, but in my case, I realized the film needed few camera movements. I want to respect the audience in terms of not manipulating them. Keeping it small, there is no music, little dialogue, no camera movements, we’re not cutting to close ups. It’s as pure as I could do it. And the long takes with the static camera give the actors the opportunity to explore deeply into their interactions. There are actually a lot of Steadicam shots that I am happy haven’t been discussed at all. 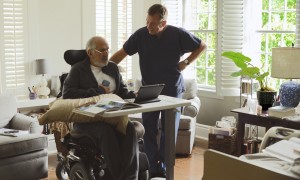 The old and the ill tend to become invisible but you are very bold and honest in the way you show them. Was it difficult to decide what to show and what not to show?

I always try not to show more than is necessary but at the same time if you have to see somebody naked or going through something difficult just show it. Sometimes it’s more interesting to have things off camera. It’s more intuition than a discussion. To know how to play it. Sometimes I had a clear idea how to do it and sometimes I would find it on set. My idea wouldn’t work so I’d try a different approach.

These days you live longer and you die longer. Do you have to prepare or ignore it?

On the one hand it’s better not to think about it, because it’s frightening, but on the other hand I made a movie about it and so… but I mean the fact is it is eventually going to happen. It’s part of life so it is better to embrace it and of course it should be approached with a different perspective.
Some people are luckier than others. Many are forgotten. Rich people are forgotten too. Some have lots of relatives. It’s luck. It’s not an easy subject.

The ending is shocking. No spoilers, but when did it come to you?

When I was writing the script I was surprised that the character did that but it made sense to me totally, it couldn’t finish any other way. And I had material so that I could edit it another way if I wasn’t convinced when I saw it, because it was bold and not a common way to finish, but it would not be fair to finish it in any other way. It takes 90 minutes to get there, but hopefully for the audience maybe after a day thinking about it, it should make sense. When you end the movie easily, it doesn’t stick in the audience’s mind. When you leave the conflict more open and the emotions it makes the audience work harder. There are more angles to it. What is interesting cinematically is that the ending is ambiguous. It isn’t actually ambiguous: if you look at it closely, I think it’s very clear but it’s like in life even if you see things clearly, if we were to watch the same event now we would all have different view points. We’ve been with this character for ninety minutes and then he does that…

And the topic of sexual harassment comes up.

David is dealing with naked people, he’s cleaning them and touching them, and maybe something else happened that isn’t on screen but that is up to every audience member. But even if that happened I wouldn’t judge. David says of his patient, ‘I never harmed him’, and he never did anything wrong, but at the same time if this nurse was working with someone you love and you learn that they’re watching porn and lying here and there, he’s crossing a line. Can you stay professional and not cross the line? I think it’s good that he crosses the line, he’s human that way. It is a hard position to be a care giver. A doctor comes and goes, the care giver lives there for a year or years, sometimes they end up marrying their patients. It happens. When David gets sued, they say you’re manipulating the patient, I didn’t want to go too far, but there is a hint there to what the family might be thinking. 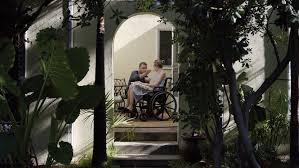 Of course they’re jealous. Suddenly the father is crying in this stranger’s arms and is closer to the nurse than the daughter.

Families are seen throughout the film as fairly indifferent or incapable.

I didn’t want to pass a judgement on them, but yes. I’m not blaming it on the relatives. No one knows how to deal with death, but these nurses do and they enjoy it. David isn’t an angel, I’ve tried to make him more than that. And every family he comes across is different. John’s family are so involved and are even trying to tell David how to do his job. They get in the way, which happened a little with my grandmother. My aunts are crazy and they would fight with each other because they were too involved. I had that experience unfortunately, otherwise I would never have made this movie. Why would you think of such a thing?

David’s role of a father. Your previous film After Lucia (2012) also has a grieving father as a main character.

So far it has happened to me every time I shoot a film. I try to do it differently, but one day I got to the set with Tim and I told him ‘Fuck! We’re doing the same film.’ It’s a totally different story and situation but the main relationship is a father and daughter. I don’t know. I’m really worried. Some directors are trying to find their voice and they consciously repeat themselves and it’s bullshit, it should come by itself.

CHRONIC IS ON GENERAL RELEASE FROM 19 FEBRUARY 2016