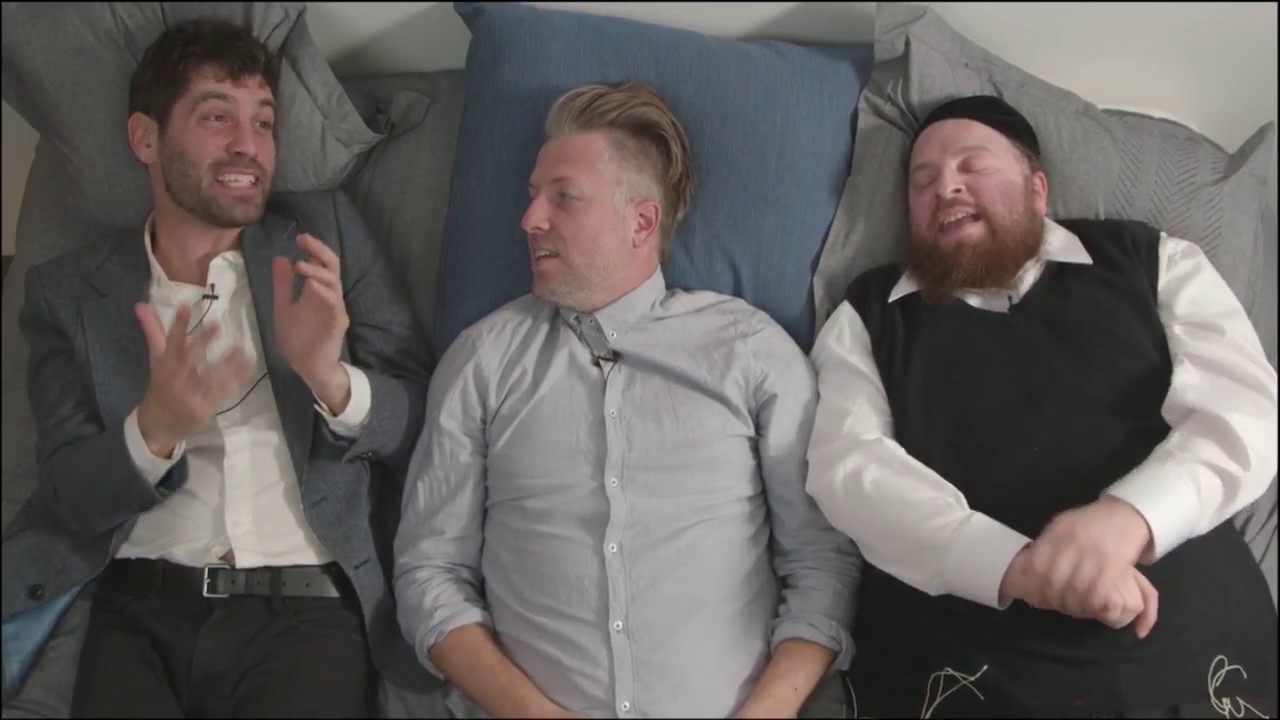 There’s a faint but unintentional whiff of Woody Allen to Joshua Weinstein’s sorrowful cinema verite portrait of a put-upon Hasidic Jew struggling to survive between the modern world and orthodoxy. This is also the first full length feature in Yiddish for 70 years.

According to the Talmud, the definition of happiness is: “a nice wife, a nice home and clean dishes” but Menashe’s Brooklyn home is an untidy flat where he lives with his young son Rieven after the death of his wife Leah. Chastised by the strictures of his ultra religious local community and particularly ‘The Ruv’, an Hasidic overlord, who demands he re-marry according to the Talmudic Laws, Menashe is desperate to keep his son who is his only consolation as he battles to hold down a job in the deli run by an equally unforgiving boss.

In this predominantly male feature, Weinstein paints womenfolk into a dark corner where their ‘kvetching’ (nagging) and overbearing nature is one of the downsides to life rather than a joy, but it’s very much a case of “you can’t live with them, but you can’t live without them” and this adds to Menashe’s rather miserable situation. Infact, the tubby but likeable chap cannot seem to do anything right either at home or work although he prays desperately to his memorial candle and pleads with his brother in law to let him bring up Rieven. But living with his son is not permitted unless he takes another wife, because “man cannot live alone”, according to the scriptures.

Far from downbeat, MENASHE is an enjoyable and fascinating insight into the Brooklyn Hasidic community and Weinstein adds cinematic texture with vivid street life, lively musical interludes of the men singing and dancing and sweeping views over the glittering skyline. Menashe plays himself and comes across as a rather bumbling but sincere and sensitive father who clearly loved his wife despite their early arranged marriage and discord largely arising from difficulties in conceiving their cherished son, and Menashe buys a tiny pet bird and regales Rieven with nature stories complete with sound effects, to give him a break from his uncle’s stern and rather insipid contribution.

The three-handed script is wise and full of local flavour and insight exploring the nature of fatherhood and religious observance, and a palpable tension builds during the preparations for Leah’s memorial service which Menashe hopes to hold at home, despite his brother in law’s objections on the grounds of its general unsuitability. A surprising denouement offers hope in this heart-warming and affecting snapshot of a niche community dovetailing into the contemporary world. MT