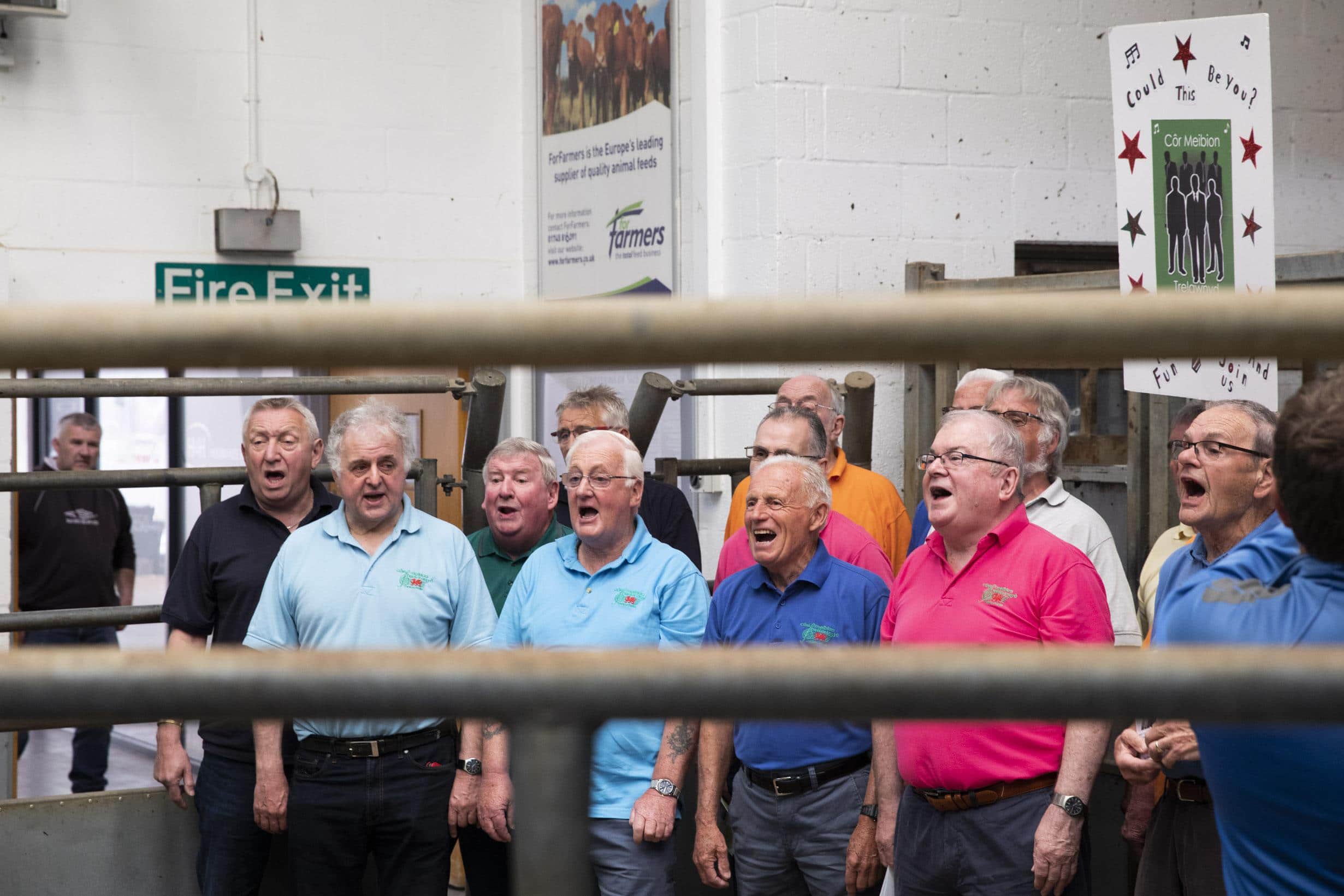 The Welsh are well known for their singing. And this charming story about an elderly Welshman’s choir in the town of Rhyl on the Denbighshire coast, makes it World Premiere at this year’s Sheffield doc festival.

Director Dylan Williams is best known for his award-winning documentary debut Men Who Swim (2010), and this thematic sequel turns out to be another poignant love letter – this time to his father. Not the closest pair, the two are reunited when the widowed 90 year old announces he’s selling the family home “while he’s still able”. Naturally this is a wake up call to ‘only child’ Dylan, who promptly makes his way back from his home in Sweden where he has lived for the past twenty years.

Almost entirely in the Welsh language this is, unsurprisingly, a tuneful and light-heated biopic, making great use of its green and pleasant coastal settings in the former industrial town in North Wales, known for building the airbus, and this is where most of the choir men have been gainfully employed. Now retired they have found cosy camaraderie in this local choir, and inspiration from their feisty choir-mistress Ann)

But most of the men are now mostly in their eighties, and a much needed recruitment drive to find new singers to boost their dwindling numbers makes up the other main strand to the narrative, along with the important need to keep practising, improving and entering competitions, adding an element of drama to the storyline. Men Who Sing is not just a another tribute to a filmmaker’s father, this is a well-structured and watchable portrait of a choir, and a generation of men soon to be lost forever in the industrial heartlands of North Wales. MT