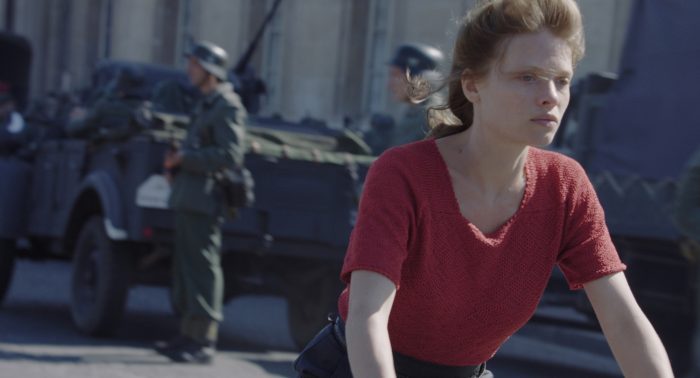 Memoir of War (La Douleur) was France’s entry to the Oscars this year. It didn’t win but is eminently worth watching for Melanie Thierry’s hypnotic performance as Marguerite Duras in an elegant adaptation of the writer’s semi-autobiographical novel “The War: A Memoir”, set in Paris during German occupation.

Emmanuel Finkiel (Voyages) takes a conventional approach to this stunningly filmed cool classic that dramatises the writer’s life in Paris under German occupation in the final years of the war. After her husband Robert Anselme, a major figure in the Resistance, is arrested and deported, she is forced to live by her wits in order to get him back. And this involves a cat and mouse game with a French Nazi agent collaborator called Rabier (a stout Benoit Magimel with a dark wig).

Duras, who wrote the Oscar-nominated script for Alain Resnais’ drama Hiroshima Mon Amour (1959), was an intellectual of the highest order, and this is reflected in Thierry’s contemplative, nuanced gaze, as she chain-smokes her way through one of the best performances of the Oscar nominations. Finkiel completely eschews melodrama in taking us into Duras’ intimate thoughts and recollections, often blurring the focus to suggest enigmatic events, and using her own stream of consciousness to drive the narrative forward as she struggles to survive the intrigue going on around her. Tortured by self-doubt and anxiety, she yearns for Robert but emerges obdurate and determined to find him.

Meanwhile, Robert (Emmanuel Bourdieu) barely makes an appearance despite the anguish surrounding him. The first hour deals with Duras’ efforts to keep Rabier onside, although clearly finding him rather repellent in many ways — and she may even be wasting her time. He is rather taken with her bluestocking beauty and literary credentials, and two enjoy a series of clandestine tête à têtes in discreet venues. But Finkiel’s film flows impressively as the focus shifts away from the couple and increasingly on to Duras’ fraught and internalised musings about Robert, as she gets closer to his colleague Dionys (Biolay).

The final denouement is as unexpected and it is slightly unsatisfactory. Robert is liberated and brought back to Paris by the skilful negotiations of Francois Mitterand and the film is suddenly brought to a conclusion that some may find brusque given the slow-burning nature of the early scenes. That said, Thierry is mesmerising to watch in a graceful tour de force of controlled anguish. This is Finkiel’s second feature with Thierry, and he clearly knows how to make the most of her. MT