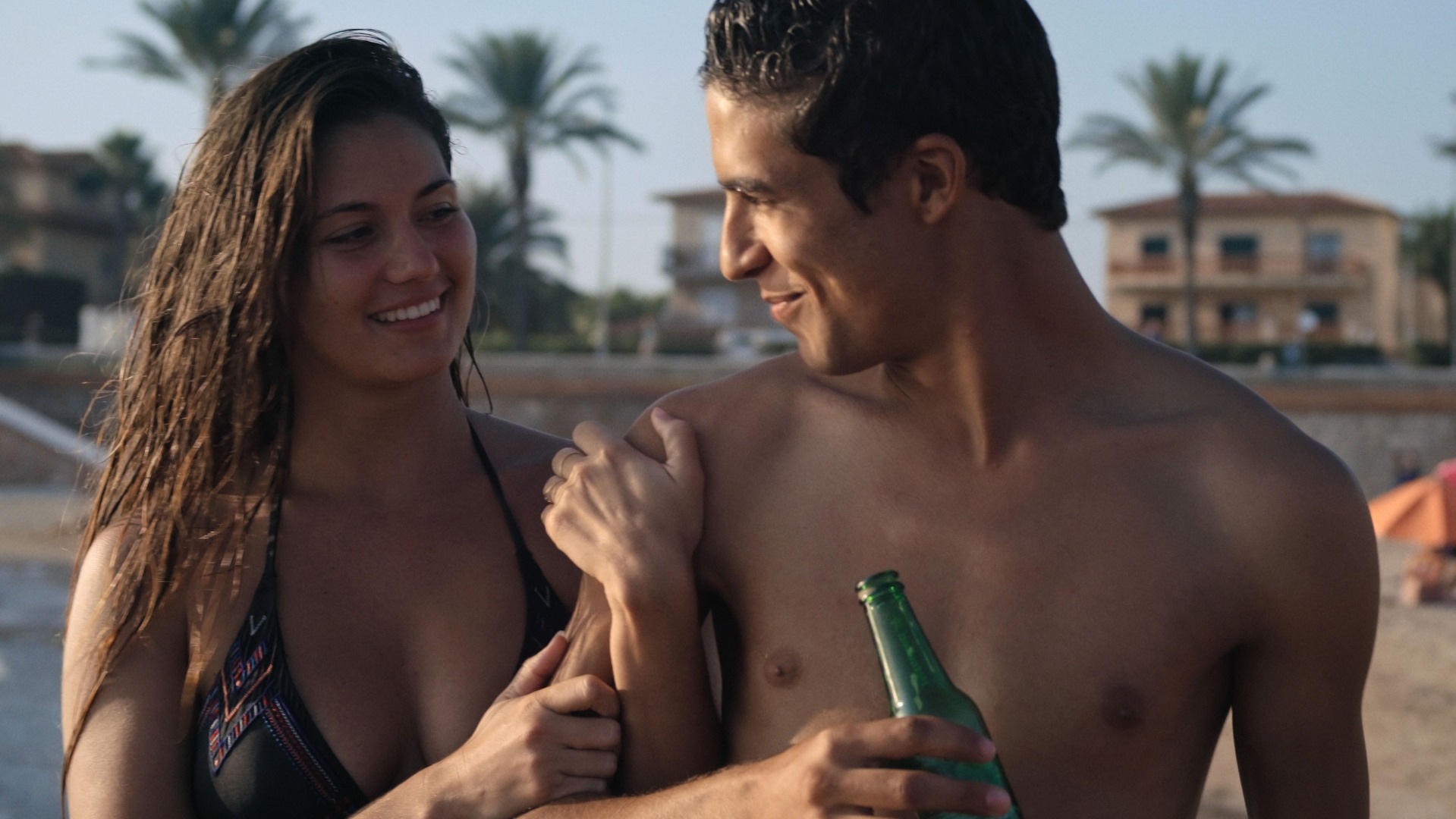 Scripted by regular collaborator Ghalya Lacroix, Abdellatif Kecihiche’s follow-up to Blue is the Warmest Colour is a big-screen version of François Begaudeau’s novel. It doesn’t warrant its three hour running time, and few filmmakers would have got away with such a sparse narrative: but somehow Kechiche succeeds, always re-inventing the plot, keeping the audience on board with hypnotic images – helped by the moody mellow camerawork of DoP Marco Graziaplena.

Kechiche returns to  Sête, where he filmed The Secret of the Grain, for this sensuous celebration of sex and food. Amin (Boumedine), a young scriptwriter from Paris, arrives in the Languedoc fishing town to join his large family who run a restaurant. He visits his friend Ophélie (Bau), whose husband is serving the French navy which does not prevent her from indulging in a passionate affair with Toni (Kechiouche), one of Amin’s family. Amin himself is very reserved, preferring the company of girls like Charlotte (Charchard), who are committed to a relationship. Amine’s mother, played by the director’s sister, always reminds him to go out to the beach. Amin follows her advice, falls in love with Jasmine (Luttiau), but is too shy to make headways, whilst Toni takes what he gets – which is lot, to the chagrin of Ophélie. Whilst his friends – Tony again in the forefront – are celebrating lust and alcohol in a nightclub, Amin photographs the birth of two lambs.

The critics at Venice have all remarked how Kechiche (again) sees women from a man’s perspective, which is fine; but they forget that in many scenes women prefer their own gender when dancing and flirting, and are geting on perfectly well without men. Mektoub, meaning destiny – or thereabouts, is certainly not on the same level as Blue, but it celebrates youth, summer, food and sex; and has in Amin, a very convincing counterpart to Toni’s always-ready stud. Mektoub is like a self-indulgent extended holiday: it could be edited down to a long luxurious weekend break, without losing out on the positive benefits. A perfect Valentine film – or maybe not. AS

ON RELEASE AT SELECTED ARTHOUSE CINEMAS from 16 FEBRUARY 2019