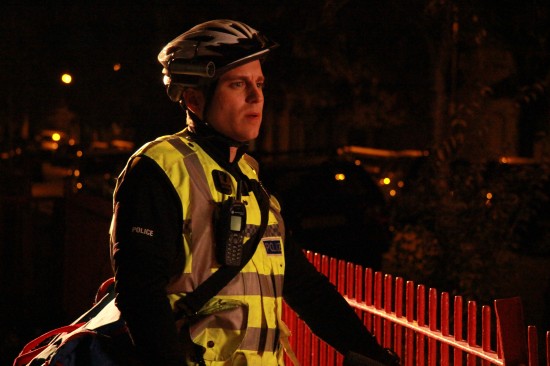 I’m sure there’s an audience somewhere out there for Stuart Urban’s low budget black comedy that takes a satirical look at the world of a techno vigilante mummy’s boy on a bike. It’s certainly an ingenious premise and one that’s been well thought out by this Bafta-winning director perhaps best known for his TV outing “Our Friends in The North”.

May I Kill You? has Kevin Bishop as Baz Vartis, a cop turned crim who inhabits a suburban dystopia echoing the London riots of 2011. Full of characters you’d rather not meet but you already know cleverly woven into an everyday story of contemporary life: a smothering mother (Frances Barber); a needy girlfriend (Hayley-Marie Axe); a teenage hoodie pilferer; there’s even an Eastern European blonde (Maya Koleczek) who Baz rescues from pimps and takes home to meet his mum.  Baz bludgeons wrongdoers to death with the items they’ve stolen, tweeting, recording on his mobile and posting it all online with the catchphrase: “I’m not a killer, I’m a death facilitator”. 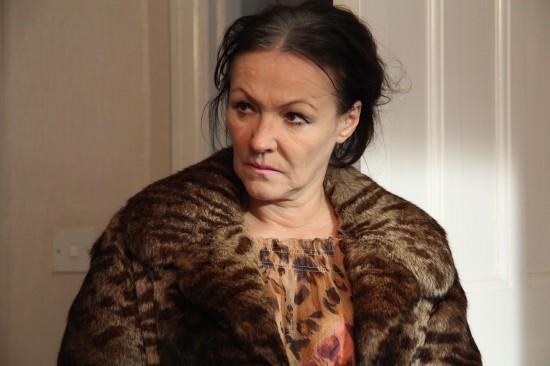 A clever idea then and particularly as Urban portrays Baz as very much a disturbed sociopath rather than the hero of the piece, side-stepping any direct moral indictment and poking fun at all concerned. There are digs at celebrity culture and the parlous state of  society in general.  Sadly the narrative fails to develop further and there is little to engage with after the first half despite believable characters and a sharp script.  The lack of a gripping storyline means that May I Kill You? does start to drag and there are some tonal differences where it lurches from social satire to heightened horror; as in the gratuitously violent episodes.  Great performances though from Frances Barber and Kevin Bishop make this just about watchable with some moments of humour and authenticity. MT