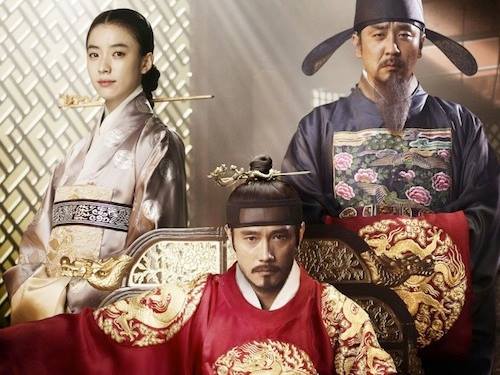 A Korean take on Mark Twain’s The Prince And The Pauper, there may actually be more to it than meets the eye in this particular version as it is rumoured that something very like this actually happened in the 17th Century during the rule of Gwanghae, the 15th Joseon Dynasty king. So, an unoriginal story then, but that is all that’s at fault here for it’s one told so very well. Choo Chang-min’s film was loved by local audiences and critics alike; the political nature of the film certainly not lost on South Korean audiences and Masquerade stood for six weeks at the No.1 spot winning 15 of 22 prizes at the South Korean Oscar equivalent, the Daejong Film Awards.

For foreign audiences it is a beautiful, sumptuous, exotic affair and a Mention in Despatches must go out for both Production Designer Oh Heung-seok  and as Costume Designer Kwon Yoo-jin. Likewise, performances are fine throughout, aided and abetted by a strong script with carefully and sensitively drawn characters for the more minor roles as much as the leads. 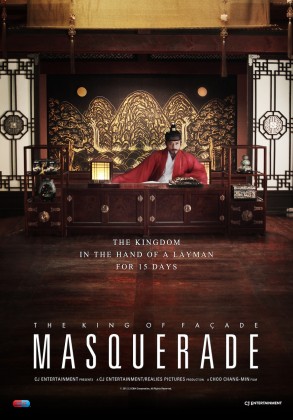 Choo Chang-min is proving himself a versatile director, having made melodrama comedy and drama in his previous films and what pulls this production above the common or garden Costume Epic is the generous infusion of humour throughout. Indeed, Masquerade sets out to be an Historical Drama but actually successfully manages to tie several genres: costume, comedy and drama- together to great effect.

Perfectly cast Lee Byung-hun is a massive star in South Korea and one of the few to make an impact in Hollywood; he is shortly to be appearing in Red 2, opposite Willis, Hopkins and Malkovich. Here, he must have thoroughly enjoyed the opportunity to puncture his own balloon playing the would-be king as well as the king and he does so with great timing and aplomb.

An unoriginal tale then, but I would challenge anyone to tell it better. MT