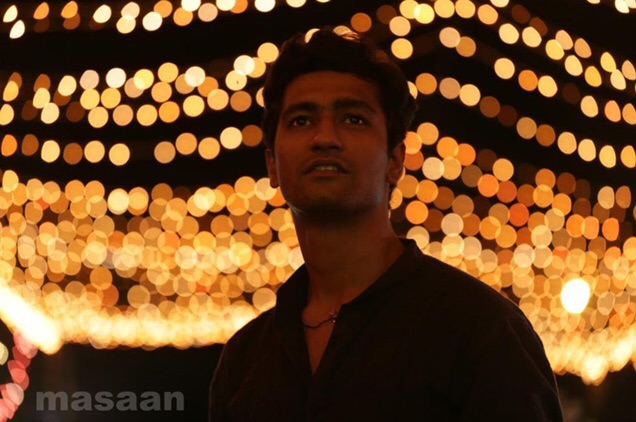 MASAAN enchants Un Certain Regard audiences with a painterly modern love story set in the holy city of Benares (Varanasi).

With his co-writer Varun Grover, Ghaywan creates a sure-footed character-driven debut that has all the intensity of a Bollywood drama but is told with a delicacy of touch similar to recent Indian dramas The Lunchbox and Udaan.

The three-stranded lyrical drama is essentially a coming of age affair where we first meet Devi (Richa Chadda) and her student friend Piyush checking into a hotel for an afternoon of sexual discovery. Both virgins, they are piqued to explore forbidden pleasures but Police break into the room before they have a chance to consummate matters. Piyush tries to kills himself during the onslaught and is rushed to hospital and the scandal brings shame on Devi and her father Pathak (Sanjay Mishra).

Meanwhile, in another part of the riverbank, Deepak (Vicky Kaushal) works at the funeral pyres of the ghats but his dream is to become to become an engineer. Shy yet stunningly attractive, he has set his heart on a Shaalu (Sheta Tripathi), who he meets on Facebook, but her higher caste means that their love affair is doomed before it begins.

This is a sweetly romantic and endearingly old-fashioned film that avoids sentimentality but finds a satisfying conclusion with some moving moments along the way. Although some of the musical choices feel slightly out of place – more locally-rooted music would have better captured the mood –  Avinash Arun Dhaware’s visuals of the exotic landscapes and rose-tinted sun-sets are amongst the most gorgeous of this year’s Un Certain Regard section, creating a real sense of place and transforming this beguiling drama into a memorial tribute to the people of Varanasi. MT

NIW SHOWING AT BFI AS PART OF THE INDIA SERIES