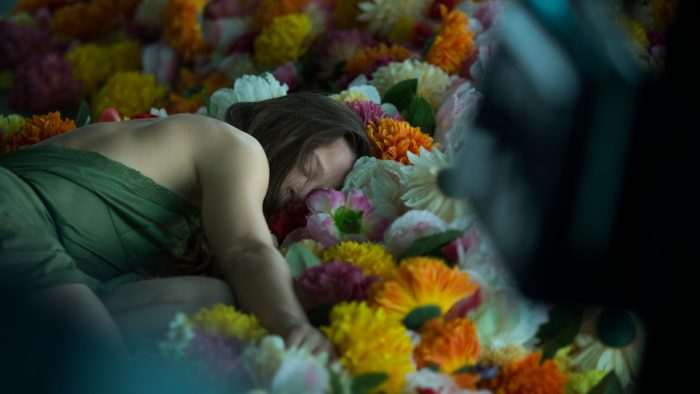 In her fraught and morose debut drama, writer and director Georgia Parris explores a woman’s identity crisis through the medium of modern dance.

We first meet Charlotte (Smith) in rehearsals for a new dance production with the rest of the troupe. She then sets off to Dorset to join her family which consists of mother Margot (Nicholas); her sister Lauren (Worrall) and husband Rohan (Singh). While Charlotte is coming to terms with an unplanned pregnancy, Margot had just had a miscarriage. But while Rohan tries to be the peacemaker between the two women, Lauren criticises Charlotte’s obsession with her dancing career: “When does Granny have to die, to fit in with your plans?” Clearly he has sympathy for Charlotte to the chagrin of his grieving wife. Meanwhile Mari (Glynn) is seen gradually slipping away in the local hospital.

Parris relies too heavily on the overbearing sullen atmosphere in this drama devoid of any drama. It is all well and good to do away with a narrative, but it has to be replaced by something – not just a brooding silence and darkened, sombre rooms. The dancing sequences are delightful – but Mari has no dramatic arc or any significant character development  – even Charlotte’s pregnancy is couched in a moody cocktail of indifference.

DoP Adam Scarth echoes the general feeling of misery in the semi-darkness with medium shots, his images are more or less unremarkable. Maxine Doyle’s choreography  instills a much needed passion and originality highlighted by the atmospheric original score. AS