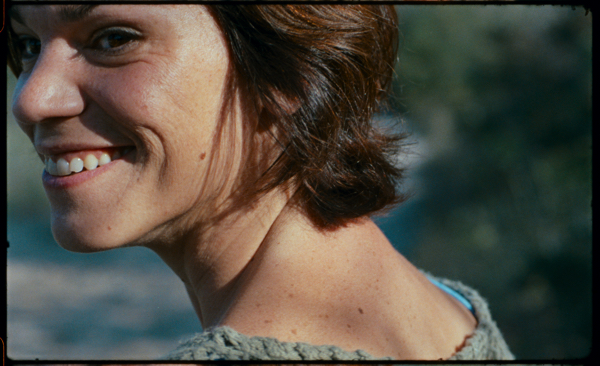 Mare is very strong on detail, the grainy 16mm images making a more intense sense of place and atmosphere in the summery seaside setting of this ancient port than could ever be achieved with digital. Mare harks back fondly to the time in Switzerland during the 1991/2 war. But her father wanted her back to what had become Croatia, to help him with the hard work in the mountains. Her husband Duro (Navojek) also played a big part in the war, but tries to put it all behind in with flippant attitude. He works at Dubrovnik airport, the planes literally taking off over the roof of the family home. At home Duro is the old-fashioned tyrant who tells his daughter Karmela (K. Vidak) she has to eat meat, if she wants to stay under his roof. A new neighbour Piotr (Kosiukiewicz) moves in next door. Mare is instantly attracted to this young man but she still has the three kids to look after, particularly teenager Gabrijel (G. Vidak), who is bullied at school and feels isolated. In one heart-breaking scene he talks about running away from home, enforcing Mare’s feelings of desperation when she realises any kind of new life is impossible for her, at least at the moment. .  Mare’s mother (Karanovic) belongs to the older more obedient generation and can’t offer her any support, and with rising costs she sees a return to full-time employment inevitable.

The ensemble acting is impressive, and Marija Skaricic is particularly convincing in the central role. The only critique is a lack of a dramatic arc, the feature petering out without any real conclusion – just resignation on Mare’s part: the Piotr relationship is a fantasy rather than a possibility.AS