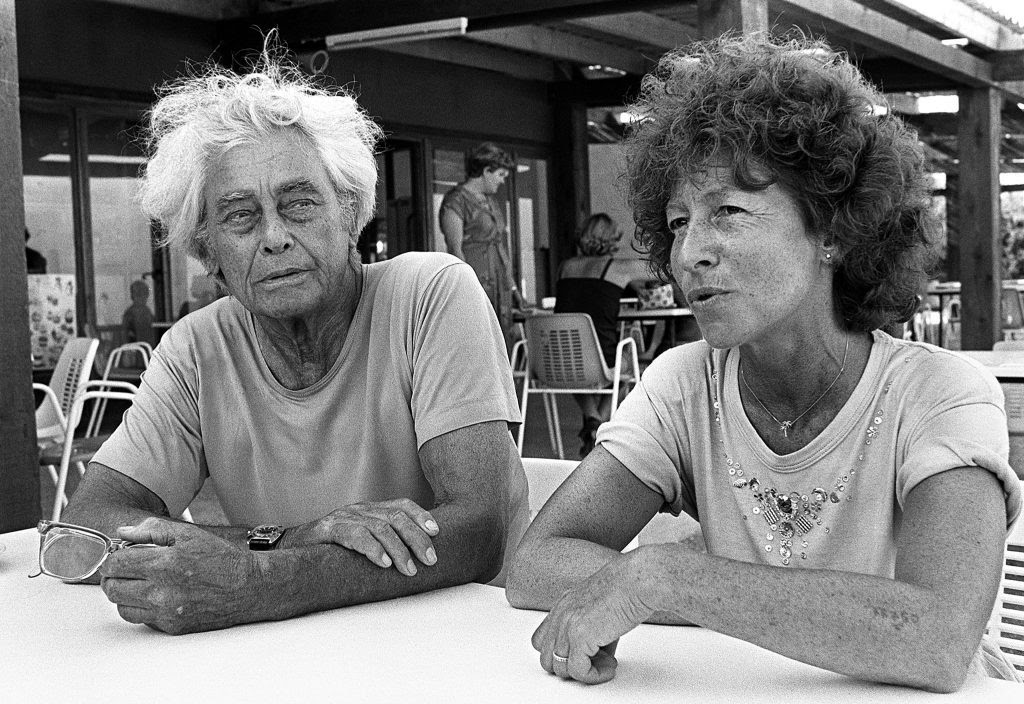 Cordelia Dvoràk’s biopic about the life of filmmaker and author Marceline Loridan-Ivens (1928- 2018) is an example of the triumph of opposition: Fourteen year-old Marceline Rozenberg was imprisoned in Bollène (Vaucluse) then deported to Auschwitz-Birkenau on 13.4,1944, having worked with her father Szlama for the resistance. She did not only survive Auschwitz, Bergen-Belsen and Terezin (Theresienstadt), but became a filmmaker, working with her husband Joris Ivens (1898-1989) in Vietnam and China.

Loridan-Ivens was one of only 2500 French Jews who survived deportation, just under three percent of the total of 76 000 victims. After watching Loridan-Ivens signing copies of her auto-biography ‘Et tu n’es pas Revenu’, she meets co-author Judith Perignon in her Parisian flat, a cheerful place with flowers everywhere. This sets the tone of an upbeat documentary: the old Marceline talking to her young self. “Hunger, beatings, thirst. People die, and you instantly forget them. No soul is left. I can see her clearly, that little girl that is still inside me to this day. She is fairly shy”. Marceline met Simone Veil in Block 9, and the once Minister of Culture makes a (too) short visit.

After her liberation by the Red Army in May 1945, she returned to Paris where her mother “wanted her daughter to marry into Jewish families, have children and erase the past”. But “sexuality was a form of disobedience”, and Marceline, who never wanted children on her own, preferred to visit the Cinematheque Francaise in Paris and sit in bistros to discuss the past and present. This is how she met documentary filmmakers Jean Rouch and Edgar Morin, whose star she became in Cronique d’un Ete (Chronicle of a Summer) in 1961. It also led to a liaison with 18 year-old journalist Jean-Pierre Sergent, who was supposed to teach Marceline all about Philosophy so that she could prepare to study at the university. But the two became lovers and later filmmakers in their own right, having discovered that filmmaking was not that difficult. The duo was very much a supporter of the FNL, Marceline even carrying suitcases for the FNL. The result was the documentary Algeria Année Zero. Today, Loridan-Ivens is very critical of herself: “We thought the FLN was led by progressive militants, little did we know the majority had their roots in Islamic fundamentalism.”

She met Joris Ivens whilst watching his feature A Valparaiso. He was impressed by Marceline, sending her flowers, but then disappearing for months. When they met again, they stayed together until Ivens’ death. The couple lived like vagabonds, Ivens being “very macho” at the beginning, but Marceline “imposed her will on him.” The past suddenly becomes the present, when Mrs. Phuong arrives from Vietnam to invite Marceline for the 50th Anniversary screening of The 17. Parallel, the couple’s iconic Vietnam documentary, with Mrs. Phuong not only doing the translating, but was also offering technical support. Next for the filmmakers was China, then ostracised by the whole world, after their split with the Soviet-Union.

Joris and Marceline documented the last two years of the cultural Revolution in the 763-minute epic How Yu Kong moved the Mountains (1976), which was to be shown in twelve parts. With “The Band of Four” making a power-grab, Premier Zhou Enlai told the filmmakers to leave the country immediately. Jean Bigiaoui, who worked with the crew, gives a lively commentary on the (film)adventure. We watch clips from Franck Leplat’s 2015 documentary Marceline Loridan-Ivens racontant sou passage a la prison de Sainte-Anneavant (2015). Loridan-Ivens is, for once, very bitter on the commentary. She remembers singing for her father, whose cell was near to her own. But this sets her off into an angry monologue about “never forgiving” the perpetrators.

Marceline is the only Auschwitz-Birkenau survivor who returned to the camp and made her own feature film about her incarceration there: La Petite Prairie aux Bouleaux (The Birch Tree Meadow) 2003. Anouk Aimée plays Marceline’s Alter Ego, who meets a German photographer and questions him about his motives for taking photos in the ruins of the camp. Marceline was not quiet satisfied with her effort: “The concept of a documentary was not enough, because I wanted a representation. I should have played myself.”

Marceline Loridan-Ivens died on 18.9.2018, six weeks after this documentary was finished. She wanted to be buried, even though it frightened her. “But everything is better than being burned”. AS

NOW ON TRUE STORY at all leading platforms | From September 17