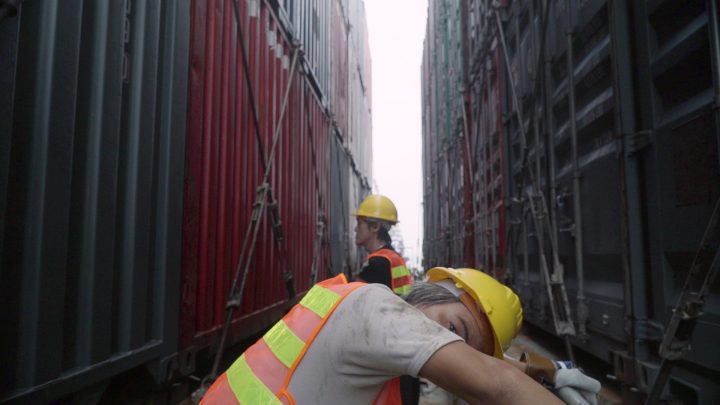 This rhythmic ode to globalised capitalism is driven forward by the very nature of its subject matter. Industriously moving on and constantly swinging between the East and the West, as the title suggests, Many Undulating Things has an elliptical structure that begins and ends in a shopping centre in Hong Kong.

Serving as a kind of dehumanised documentary counterpart to Locarno Golden Leopard 2018 winner A Land Imagined it explores, through the burgeoning built and landscaped environment, how cities respond to the growing needs of the capitalist system that attracts and accommodates both serving and enslaving in its unrelenting march forward. Just as nature ebbs and flows with the changing seasons, capitalism too brings its own inexorable rhythms into our world from the whirr of lifts and escalators to the relentless coming and going of people in an apartment building or corporate headquarters. Each island of industry creates and enables its own ‘eco-system’ in the complex scheme of things.

Zeroing in on the 2o10 universal exhibition as its talking point, the film explores how the event generated a massive local transformation. This took the shape of a built environment accommodating port warehouses, glazed galleries and overstuffed tower blocks all built by a restless industrious urban population of traders and enterprising minds looking to make money and expand financial horizons. Hong Kong is a distillation of all that is acquisitive and about a population motivated for gain. And Many Undulating Things is a psycho0geographical and sociopolitical look at how man has adapted his environment to respond to his own growing needs.