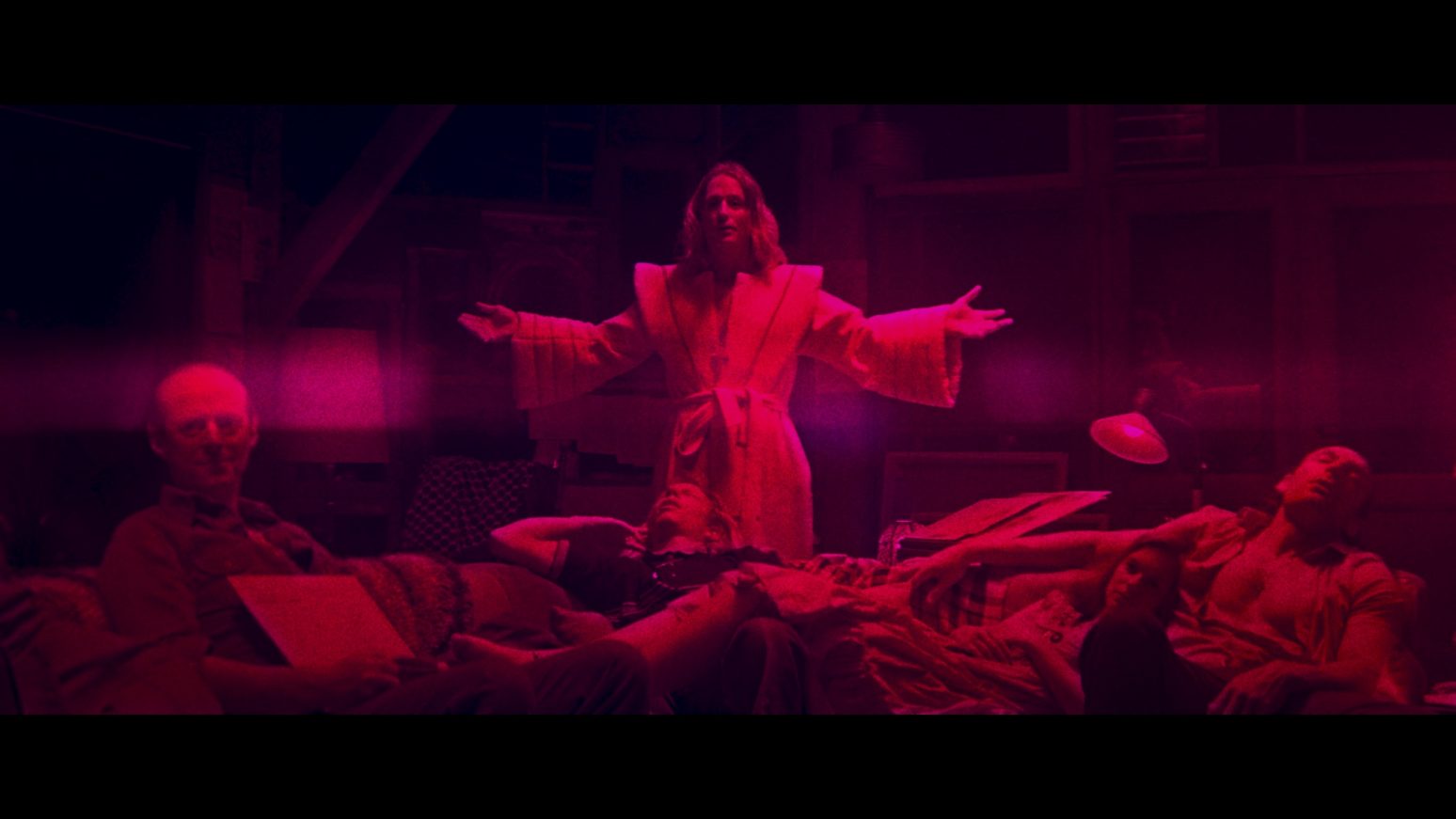 MANDY is a corruscating cosmic ‘boy’s own’ blow-out fuelled by Nicolas Cage’s well-known powers as the hell-raiser in the cultish extravaganza. But that’s about all. Panos Cosmatos dresses up a mundane script with some alarming visual effects driven forward by two dynamite performances. Cage is Red, a lumberjack who shares his woodland cabin with his shop-assistant girlfriend, the etherial Mandy (Riseborough). At night they watch cheesy TV-fiction. On her way back from work one night, Mandy is spotted by Satanic cult leader Jeremiah Sands (Roche), who immediately decides “he has to have her”. Living nearby with his mother and disciples in a ramshackle hut, Jeremiah then abducts Mandy, but when she laughs at his advances (in spite of being drugged), he has her burnt alive, forcing chained-up Red to look on, livid. Whilst Jeremiah can actually summon demons, there’s no matching righteous Red’s fury, who not only turns his skill to making lethal weapons, but is also handy with the chainsaw.

Using coloured filters, DoP Benjamin Loeb tries to pretend that this time-honoured story of a woman being abducted, drugged, tortured and killed has something to do with Art. Cage does his best to give an impersonation of an unleashed male, helping to make this reactionary charade a colossal success at the box-office. Watch it for the thundering score from the late, great Jóhann Jóhannsson. AS