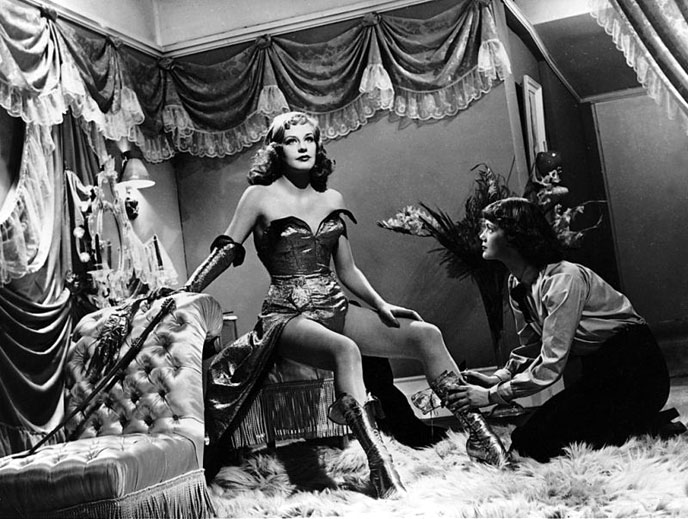 The fifth and – to date – last film version of Hanns Heinz Ewers’ 1911 bestseller is handsomely mounted, interestingly cast but far too talky. It worked far better as a silent film, with Brigitte Helm much more convincing than dear Hildegard Knef as the soulless product of artificial insemination.

By bestowing such inauspicious parenthood upon his creation Professor Jacob ten Brinken (Erich von Stroheim!) explicitly states that his desire is to inject a bit of depravity in the female genes in order to create a more  exotic bloom by unnatural means than two upstanding citizens could ever hope to produce; although real life is constantly demonstrating that Mother Nature can always be depended on to bring into the world plenty of young women with more conventional antecedents that would be capable of wreaking just as much havoc among the male sex.

Although Ewers was initially an enthusiastic supporter of the New Order and joined the NSDAP in 1931 – and Alraune clearly reflected the eugenics debate that Hitler brought into disrepute – it wasn’t filmed during the Nazi era. The director of this postwar version, Arthur Maria Rabenalt, had been an enthusiastic propagandist for the Nazi regime, which makes him an ironic choice for such potentially touchy subject matter. @Richard Chatten