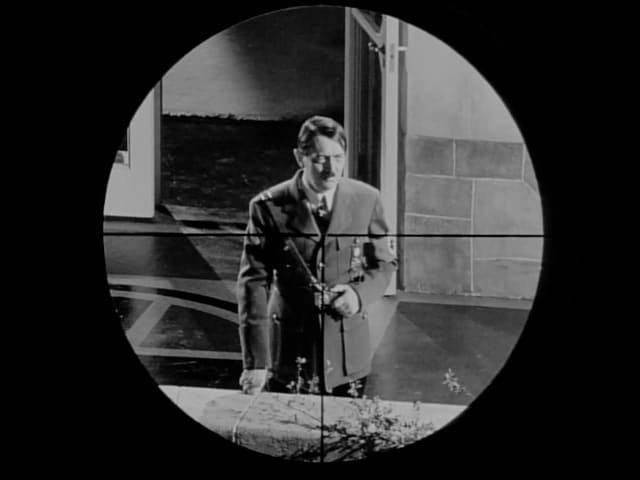 Dir: Fritz Lang | Cast: Walter Pigeon, Joan Bennett, George Sanders, John Carradine, Roddy McDowell | By 1941 the unnamed quarry in Geoffrey Household’s 1939 could finally be explicitly identified as Hitler, but since America still hadn’t yet entered the war this was still a bold film to make.

Treated by director Fritz Lang as a bit of a lark Man Hunt sees British big game hunter Thorndike (Pigeon) chancing upon Adolph Hitler’s retreat while vacationing in Bavaria, and taking aim at the dictator with a high- powered rifle. It succeeds beautifully simply as entertainment; set in a fog-shrowded London of pearly kings and wing collars with a creepy pair of villains played by George Sanders and John Carradine (the former in a monocle, the latter – described by young Roddy McDowall as a “walking corpse” – in a wing collar), and a newly brunette Joan Bennett as a tart with a heart with a cockney accent that would have made Dick Van Dyke blush in the first of a quartet of roles for the director. @RichardChatten