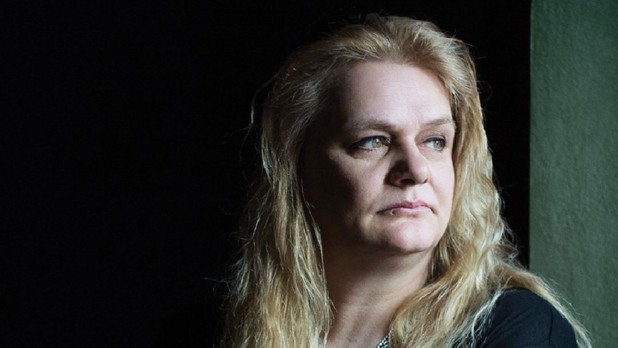 Veteran Czech documentarian Helena Trestikova (Katka) delivers up a grim but often poignant slice of observational social realism that follows the life of a drug addict who valiantly tries to turn her life around after becoming a single mum.

Over the course of this gruelling story, with its scant chinks of positivity in an otherwise bleak Prague, Mallory – the heroin heroine – reveals in the opening scene, grittily set from a high-rise block, that she only wants: “to feel like a woman” and share her life with a man.  And therein lies her main problem. Whenever Mallory has a boyfriend she appears strong, positive and in control, but afterwards things fall apart. These men are initially hailed as saviours – and she has three relationships during filming – which start well but seem to unravel to expose serious character flaws for all concerned. It seems that poor Mallory is a ‘bad picker’ but we never get to the bottom of why, and no background is ever given of her father’s influence on her life, although her mother appears a shadowy but delightfully warm figure, in a brief early scene. And tellingly Mallory claims to have fallen into drug abuse as “a form of protest to my parents”. A pivotal meeting on the Charles Bridge with Czech actor Jiri Bartoska who is also president of the Karlovy Vary Film Festival (in which this won the top documentary award) purportedly gave Mallory a financial handout which helped her turn things around. Trestikova adopts an non-judgemental approach to cleverly tease out Mallory’s personality, her pain and suffering as she attempts to make a better life for herself and her son, who really seems to be the making of her.

Mallory is seen living in a car with her then boyfriend, and has placed her loving little son in an institution. It later emerges he would rather “punch the teacher, than listen” exposes more latent flaws. Again and again, Mallory remains bloodied but unbowed, not always likeable but certainly ready to show her vulnerability with mordant dark humour as she struggles to find work and housing in a system mired down with red tape. The affectionate boyfriend never leaves her side but appears to have a serious drinking problem, as does her son’s father Ballin, who later meets a sticky end.

This is an impressively crafted and edited piece of filmmaking that serves as much as a character study as a glimpse of Czech lowlife, taut with unexpectedly tense moments that often hint at a tragic denouement. MT