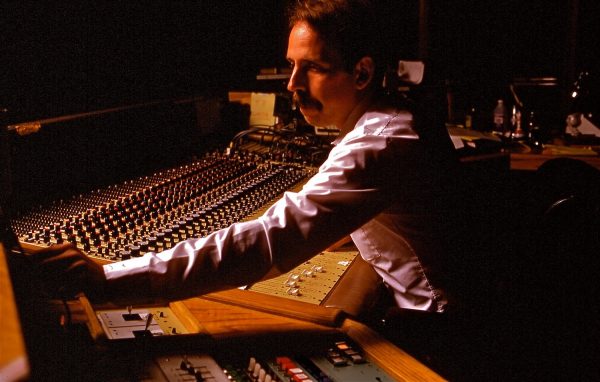 Sound designer Midge Costin (Armageddon, Crimson Tide) is well placed to tell the history of cinema sound in her first outing as a feature length documentarian. In telling this engrossing story she is ably assisted by sound pioneers such as Ben Burtt and Gary Rydstrom. But it was Walter Murch who coined the title Sound Designer during his work on Apocalypse Now, sexing up the more mundane role of Sound Editor.

Costin makes the crucial point that the movies were never silent: live orchestras, off-stage voice actors and travelling bands for sound effects were very common in the first decade of cinema. And when Al Jolson spoke and sang in The Jazz Singer (1927), it was his spoken words and not not the songs which impressed the public most. Orson Welles used the technique of his radio play War of the Worlds to excellent effect in Citizen Kane. King Kong (1933) was instrumental in implementing further progress: sound designer Murray Spivak was responsible for using recordings of zoo animals and some extra curricula sounds to make the predators even more frightening.

Much later, in 1986 Top Gun’s sound designer Cece Hall also thought that the original noises of jet engines were much too “wimpy”, and cooked up some more extreme sounds. The 70s saw sound innovations with George Martin’s avant-garde approach to The Beatles’ films. But it all changed with Francis Coppola’s Apocalypse now, when sound designer Murch invented a sound system, which is still the norm today. Up to then, in spite of all innovations, there was only one loudspeaker behind the screen, Murch trumped this with six, creating a stereo sound, which is today known as Dolby Surround. One surprising sound pioneer is Barbara Streisand, who convinced director William Wyler to use on-set music recordings for Funny Girl (1968) and A Star is Born (1976). She even invested one million Dollar of her own money, but Columbia was so nice not to take her by her word. In Coppola’s The Godfather (ten directors had rejected the project, which would save Zoetrope Studio), Murch used a subjective audio in the scene, when Michael Corleone murders Sollozzo and McCluskey. He took the audience into the head of Michael, and let them listen to the neurons in the Mafiosi’s head, who are on fire during the murder. George Lucas becomes an admiring teenager again, when he talks about the creation of Chewbacca’s voice. Ben Burrt could not find any sound he needed in real animals, and let his team whack a power line with a wrench, in order to create the sound of a blaster. Private Ryan by Steven Spielberg was another example of Rydstrom’s genius. After the troops land on Omaha beach, the bullets and shrapnel’s create a cacophony of noise, but most traumatic is a sudden silence, which shows the traumatic experience of Ryan. Apart from being extremely informative, Costin’sapproach is not without emotion: she still suffers from the neglect of her craft, which has been a step-child of the industry, which is dominated by directors, stars and and, very rarely, directors of photography. Her highlight reel is proof her profession has much more to offer than just creating a mood with background noises. AS

ON RELEASE NATIONWIDE FROM FRIDAY, 1 NOVEMBER 2019