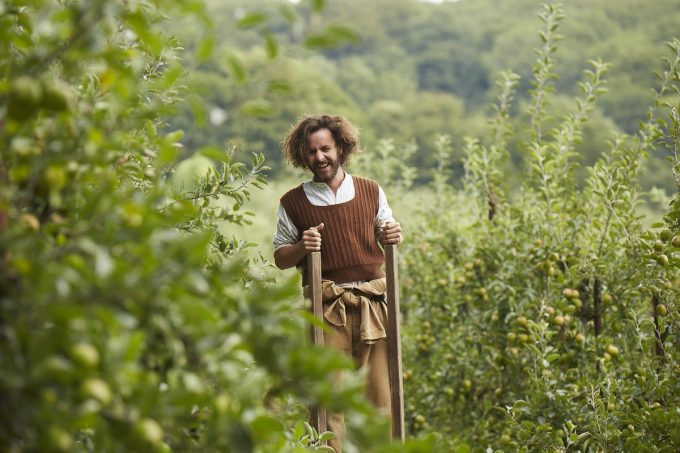 In his screen debut, theatre director Dominic Dromgoole explores the importance of communication through three different stories told in shadow of war. Based on the play by Robert Holman, the drama never really breaks free from its stagey setting, often feeling clunky and embarrassing unfunny.

The first story ‘Being Friends’, is set in 1944 in a Kent village where a conscientious objector called Oliver (Thompson) meets a young, openly gay writer Eric (Tennyson). The two outsiders quickly become friends, roaming the countryside and baring their souls. Eric advises Oliver to enlist, before they undress and have a bath in a lake.

‘Lost’ is set in Redcar, Yorkshire in 1982. Naval Officer Geoffrey (Streathfeild), visits the mother of his dead friend (and husband of his sister) “to talk things over”. Unfortunately, the Naval Office in Portsmouth has not notified May of her son’s death in the Falkland War,  the conversation is  awkward, to say the least. May oscillates between hurt pride and anger towards the authorities responsible for the war. Old wounds are re-opened, because Ian was very much estranged from his parents, whom he held more or less in contempt. To make matters worse, May is also expecting a birthday visit from her grandchildren.

But the titular ‘Making Noise Quietly’ is by far the most cumbersome episode. Set during the mid 1990s in Germany’s Black Forest, Holocaust survivor Helene (Findlay), is in the middle of painting  the landscape near her home when out of the blue comes Sam (O’Brien), a troubled autistic boy with his combattive step-father and soldier Alan (Gravelle). The two have come to stay with Helene – for reasons which are not made clear. Sam is also a kleptomaniac, and Alan punishes him frequently, and shares with Helene his fear “that he will kill his step-son accidentally. Helene tells them about her time in Auschwitz-Birkenau. Finally, Helene succeeds in making Sam speak, substituting words for his unarticulated cries.