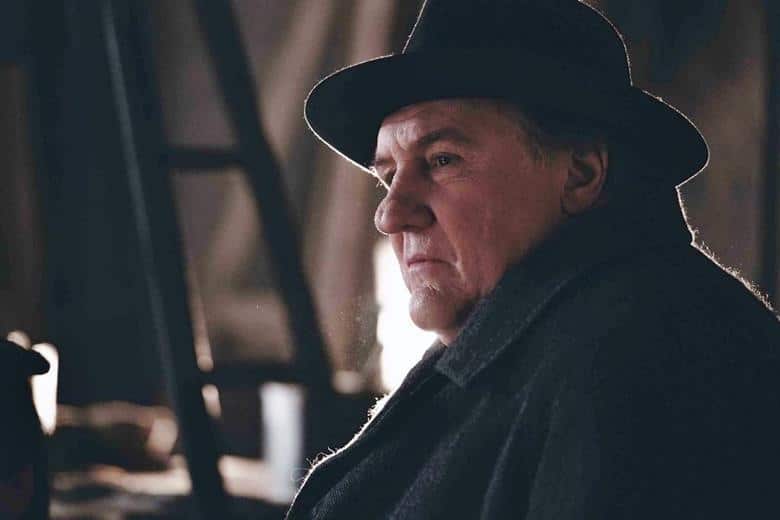 Gerard Depardieu plays a downbeat Inspector Maigret in Patrice Leconte’s classically styled murder mystery set in 1950s Paris. The French star follows a long line of actors to play Simenon’s famous trench-coated ‘officer of the law’ (as Peter Sellars put it) from Pierre Renoir and Charles Laughton to more the recent portraits from Michael Gambon and even Rowan Atkinson. This is a decidedly dour endeavour, although Loic Chavanon’s production design is immaculately detailed. It all looks very much like the director’s 1989 Simenon outing Monsieur Hire but is not nearly as memorable.

Mourning the demise of his daughter Maigret finds himself reliving her loss through the violent murder of a young provincial girl savagely knifed to death, her haute couture evening gown reduced to a crimson rag. The portly Maigret is engulfed in his own private grief as he searches in vain for motive and killer, his usual masterful gravitas derailed by maudlin memories and fatherly regret.

Leconte bases his script on Simenon’s ‘Maigret et la jeune morte’ with a lesbian twist bringing things bang up to date in a tight ninety minutes where atmosphere is more abundant than tension. The detective still carries his classic pipe although he never lights it and has been advised by his doctor to give up smoking and take a rest. But rest is the last thing on his mind as he methodically ticks off the suspects trundling from morgue to graveyard and up to the squalid attic room where the girl lived out a miserable existence. There is Betty (Jade Labeste) a soulful young woman who reminds him of his daughter, and Jeanine (Mélanie Bernier), a neurotic actress desperate to clinch her liaison with pampered man-child Laurent (Pierre Moure), doted on by his aristocratic widowed mother (Aurore Clement). Everything comes together neatly in this elliptical but rather unsatisfying production. With its traditional themes of jealousy, male privilege and working class aspiration Maigret is solidly stage and well-performed but decidedly sombre, tainted by its hero’s sullen frame of mind. MT