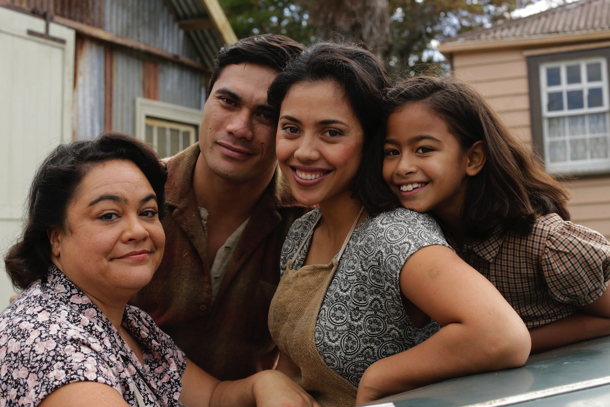 Lee Tamahori’s impressively-crafted Golden Bear hopeful is set in the lush landscapes of 1960s New Zealand. This tale of feuding sheep-farming families, the Mahanas and the Poatas, plays out like Little House on the Prairie meets the Maoris. As worthy as the hills, its theme of tribal justice, family honour and honest toil are as evergreen as the verdant forests of its east island location.

Based on the book by Witi Ihimaera, Once Were Warriors star Temuera Morrison leads the healthy-looking cast as Grandfather Mahana, a fierce bully who frightens everyone but his teenage grandson and heir in the pipeline, Simeon (Akahuta Keefe). The youngster, a keen film buff, must prove himself; and he will, and bring the two families together.

Scripted by John Collee, this is a drama entirely without drama or tension; a saga that rolls on smoothly to its unsurprisingly comfy conclusion; neither frightening the horses, nor delivering any tears of sadness on the way. There is a vaguely twisty plotline but nothing suspenceful or unsuitable for all the family to enjoy. Rather like caramel blancmange on a sunday afternoon, THE PATRIARCH is a film bathed in burnished goodness, extolling the virtues of decent family life until the narrative torpor eventually chugs home to its rightful and cosy climax with lines such as “she’s sixty, how can she be in love?” of Mrs Mahana who is married to Grandfather Mahana. THE PATRIARCH manages to peddle an agenda seeking racial equality while riding roughshod over the sensibilities of every woman over the age of thirty and some men too. A real Hallmark treat. MT

BERLINALE 11-21 FEBRUARY | ALL THE COVERAGE UNDER BERLINALE 2016