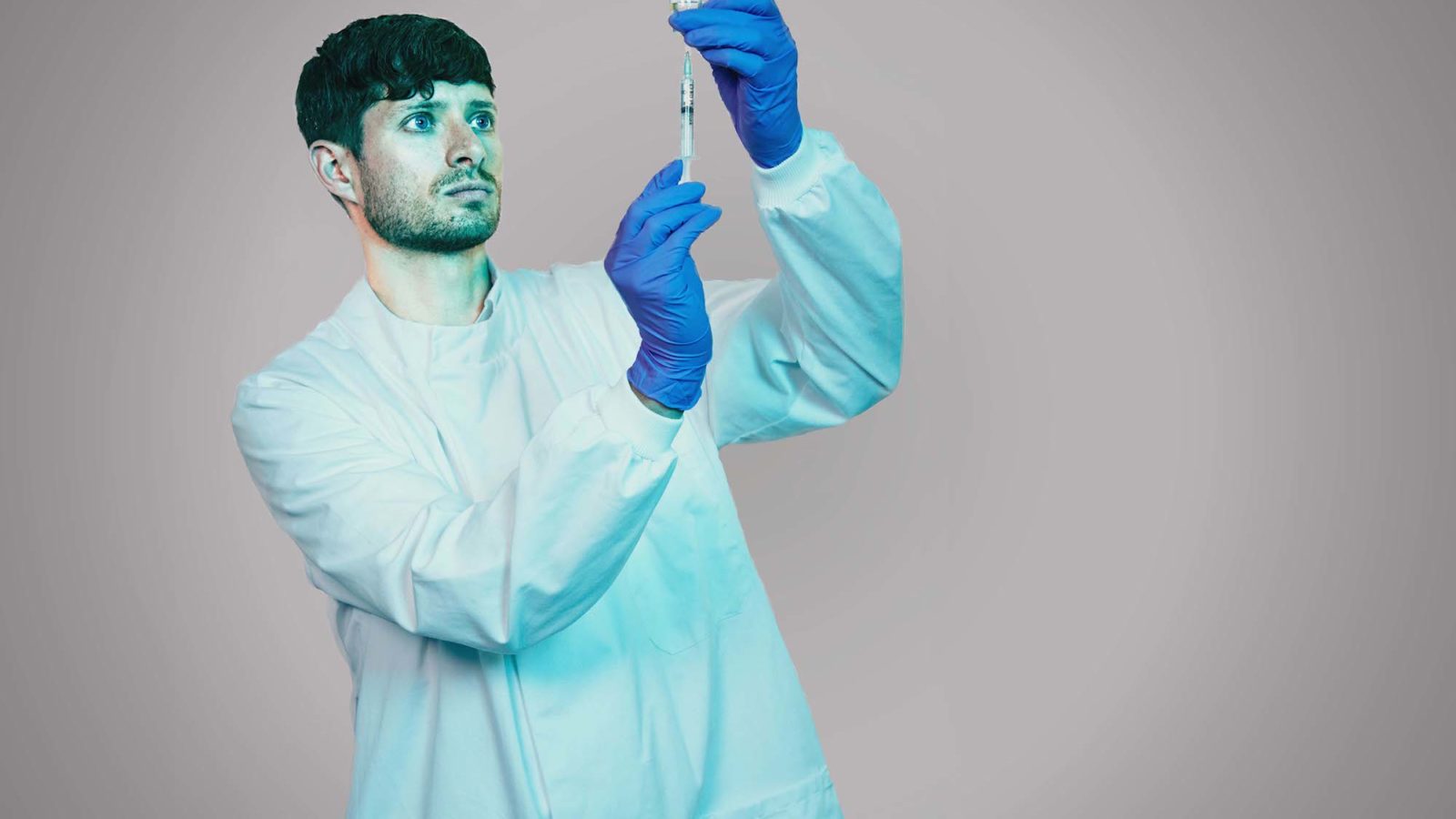 In 2012 a team of medical researchers explored what would happen if psilocybin was given to long term depressives.

Four years in the making, Monty Wates’ intriguing documentary chronicles the progress of the first ever medical trial offering the psychoactive ingredient of magic mushrooms to three volunteers suffering from clinical depression. We also meet the pioneering staff running the trial.

The hope is that this controversial substance will have the power to transform millions of lives, by scrambling and re-setting the brain’s function and enabling patients to identify what happened, to process it and, crucially, to move on. As David Lynch put in the recent biopic The Art Life (2016) “there has to be a big mess, before something can change”. The main setback has been government controls that strictly limit human testing.

Monty’s ground-breaking film reveals what happens when each of the candidates undergoes a supervised “trip” in a darkened room. During the short procedure, each is taken back into the deep recesses of their childhood to unlock trauma that has affected their lives and caused them to suffer deep sadness, impinging their ability to function at an optimum level. One of the trail volunteers had felt rejected and unwanted by his father, another was lost in a state of insecurity waiting for others to tell him what to do. The third feels generally worthless in his life.

Wates adopts an observational approach and a linear narrative, always maintaining a humanistic approach to the subject matter. With deeply moving footage of the “trips” the patients experience, this intimate film is an absorbing portrait of the human cost of depression, and the inspirational people contributing to this unique psychedelic research. The results are remarkable, varied and often lasting, suggesting the treatment is positive. So far. And certainly more effective than with conventional drugs. But whether the substance will be licensed for general use remains to be seen. MAGIC MEDICINE is an instructive, absorbing and fascinating piece of filmmaking. MT

A 2021 study led by the Institute of Psychiatry, Psychology & Neuroscience (IoPPN), found that the drug can be safely administered in up to six patients using doses of either 10mg or 25mg.