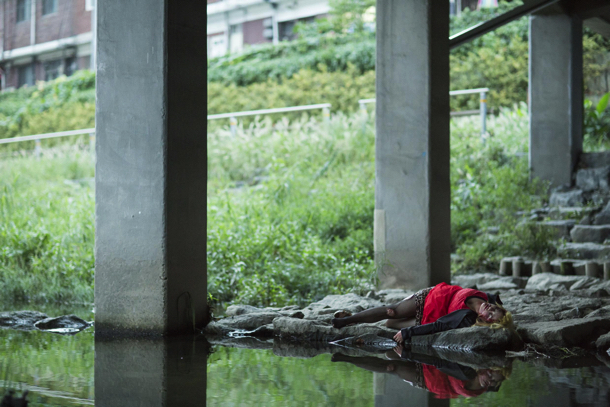 South Korean filmmaker Shin Su-won is no newcomer to Cannes, where this year she shows a Noirish thriller MADONNA in Un Certain Regard.

This glossy, well-mounted affair transports us back to the Dickensian days where grave robbers regularly dug up bodies to sell to the medical profession. Here in 21st century Seoul, organ transplants thrive in the cut-throat (or even chest?) world of private medicine. Here a nurse attempts to stymie a heart transplant operation involving a pregnant sex-worker with low self-esteem and a wealthy industrialist, and you can guess who has the good heart.

Shin Su-won is not afraid of dangerous subjects and unpleasant characters who operate in a dog eat dog world where only a social elite can survive. Her LFF hit Pluto centred on rich high school kids desperate to get to the top and will trample on their fellow schoolfriends on the way. A this is a fight for life – at its most fundamental state – with a brilliant central performance from Korean star, Seo Young-hee.

Slightly marred by overlong flashbacks that rob the film of tension and dramatic punch,   its fractured narrative draws a vibrantly contrasting picture of the haves and have-nots.

In a downbeat Seoul, a pudgy Hye-rim (Seo) is seen is surviving on the edges of society in a grim bedsit as she stuffs her face with noodles while watching the Korean equivalent of X Factor on TV.  In an expensive private hospital her new job involves pandering to the egos of captains of industry who exert their power with selfish and demoralising demands. A billionaire living vegetable with a failing heart has repeated coronary transplants while he lies on life-support as shadow of his illustrious past.

When a donor finally arrives Hye-rim discovers she is not on death’s door but merely pregnant – her business card reveals she is a part-time prostitute called Madonna. The tycoon son (Kim Young-min) has a vested interest in keeping his father alive (as a cash cow) and orders Hye-rim to locate the ‘victims’ next of kin for a ‘sign-off’ form for a transplant.

This is a well-paced drama that intrigues for the first hour then starts to drag as it becomes over-involved in the backstory of Madonna, which is predictable and tedious to the main action. Kwon So-hyun’s gives a worthy performance as the pitiful Madonna whose life speaks volumes about the misogynist world of elitist South Korea, but it’s also a rather exaggerated portrayal of a social outcast that often draws an unsympathetic response. Nevertheless by the finale, it emerges that at least Hye-rim’s heart is in the right place. MT