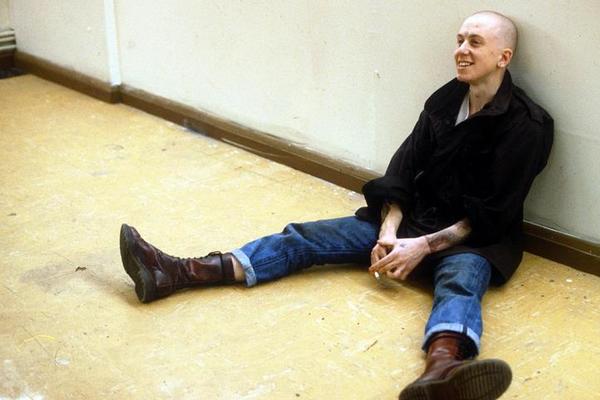 “They fuck you up, your Mum and Dad” is the general theme of this made for TV Britflick by Liverpudlian filmmaker Alan Clarke, best known for his cinema verité features that erupted on the eighties film scene, focusing on a recalcitrant British Working class youth, particularly: SCUM; RITA, SUE AND BOB TOO and MADE IN BRITAIN which launched the career of Tim Roth.

Roth plays Trevor, a disreputable teenage skinhead who scours the sink estate with a swastika emblazoned on his forehead, shouting ‘Wankers’ to any well-dressed walkers-by. Trevor has no truck for decorum of any kind and spews a livid anger on every aspect of his life. Very much a character piece, the trenchant narrative is jerked forward by Clarke’s peripatetic hand-held camera relying on Roth to deliver – and once he gets the bit between his teeth there’s no holding him back. Early eighties Britain under Thatcher is caricatured here as a soulless concrete industrial wasteland enmired by cuts in the public services and a faceless bureaucracy. Nigel Farage would be proud. MT 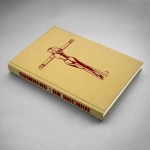 TO ACCOMPANY THE SCREENING CURATOR, TOBY MOTT and DITTO PRESS announce the launch of SKINHEAD – AN ARCHIVE, a landmark new publication and exhibition exploring one of the most controversial, misunderstood and radical subcultures. Designed by Jamie Reid and published by Ditto, with printed material curated by Toby Mott, the book examines this multi-faceted culture through the filter of printed material, zines, posters and films. The book is divided into sub-sections looking at the original iteration of skinhead, the fascist interpretation, the socialist counterpoint, queer skinhead culture, exploitation literature, skin girls, and everything in between.

SKINHEAD – AN ARCHIVE reflects the powerful aesthetic sensibility of the movement, featuring thoughtful use of Risograph and offset printing to reproduce the rough immediacy of the original material. The book features an exclusive font design, developed and adapted from a skinhead article in a 1980s issue of Penthouse, which will be available to download in the Ditto store. Alongside a wealth of unseen visual material, the book will contain texts from writers with unique experience of the culture, including Bruce LaBruce and Garry Bushell.

The exhibition to accompany the launch of the book will further bring these ideas to life, showcasing all the original source material from The Mott Collection. As a part of this exhibition, celebrated menswear designer Martine Rose will showcase new work responding to the subject material, helping to put skinhead culture into a contemporary context 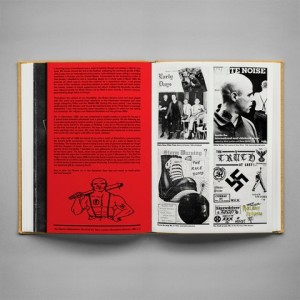 BOOK LAUNCH on the 11th December –