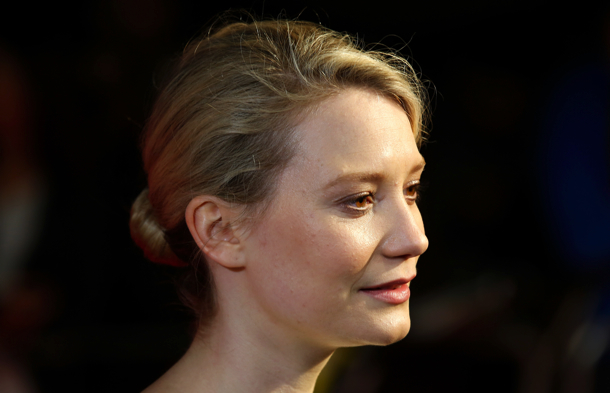 Few would argue that Claude Chabrol’s 1991 version of Madame Bovary is the definitive film version of Flaubert’s masterpiece – the same goes for Isabelle Huppert’s Emma. Sophie Barthes, the first woman director to tackle the classic, delivers something entirely different – as does Mia Wasikowska as Emma. Barthes’ MADAME BOVARY relies on a detached way of story telling told very through visuals,  helped by Wasikowska’s equally cool but layered performance – her Emma does not want our sympathy, let alone pity. The widescreen camera helps the contemplative way Barthes choses her narrative to develop: this is not so much a drama, but more a chronicle of a failed liberation. Barthes’ Emma is truly independent, her motto is: life should give us more than our dreams, not less. Wasikowska translates this into the most un-tragic Emma imaginable, in her most triumphant performance to date.

After growing up in a drab and regimented convent, Emma hopes that her marriage will elevate her into a world of social success and passionate love. But her husband, the well meaning but very limited village physician Charles (Lloyd-Hughes), is only interested in practical matters. He is happy with his place and station in life – something Emma is not. Enveigled by the unctuous charms of Monsieur Lheureux (Ifans), the local trader, she tries to buy a lifestyle: chic clothes, drapery and furniture – all on credit. Paul Giamatti has a slim role as the local pharmacist, with a broad American accent, the most noticeable of the native-accented cast. But Charles does not satisfy her lust for life; neither does the young clerk, Leon (Ezra Miller), she toys with on a romantic level, After he moves to Rouen (the city will become Emma’s paradise she never attains), Emma takes up with the Marquis (Marshall Green), who promises her a way out of her misery, only to run away without her. In the end, the bailiffs at the door, Emma tries to barter her body with the obnoxious Lheureux, only to be rebuffed. She takes poison and tragedy ensues.

Emma is the archetypal ‘disillusioned romantic’; wanting permanent excitement and glamour, wild emotions and great settings, not unlike many girls today. The village of Yonville is the anti-thesis of her dreams, whilst the city of Rouen represents all she longs for. Upper class society is where she thinks she belongs: not out of snobbery, but because she can see that this class has the means to direct their lives as a never-ending tableau of entertainment and caprices, like Schnitzler’s “La Ronde”. But Emma has absolute no idea how society functions: apart from being in the wrong class for her ambitions, she is the wrong gender: yes, men like her, because she is attractive – but not even Leon risks his professional success for her – let alone the Marquis, who lives on another planet, far away from her. Filled by dreams and desires, Emma neglects social reality and pays for it, her all-or-nothing attitude is her strength, but also her downfall.

Andrij Parekh’s elegant visuals reflect the world through Emma’s eyes: vibrant and shot through with natural light in Rouen and, by contrast, Yonville is a dire and gloomy hole shrouded in autumnal clouds of melancholy, the near- retarded villagers are shown in a permanent half-light.
Men fail Emma all for different reasons: she is up against a world of them, but is always true to her heart. AS