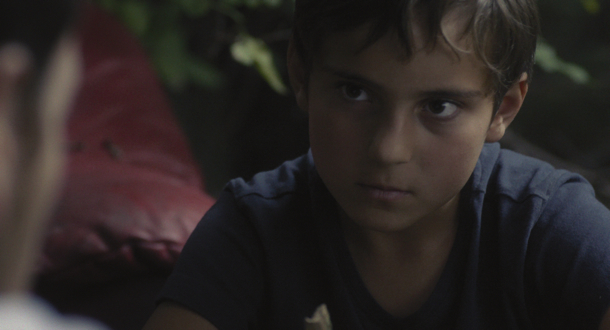 Berlinale 2014 was awash with really good films about children, particularly boys. MACONDO was one of the best.  The feature debut of Iranian doc-director Sudabeh Mortezai, it’s a quietly observed cinema verité piece that looks at the life of a young Chechen boy, Ramasan Minkailov, growing up in Vienna with his mother Aminat (Kheda Gazieva)and siblings. Already the head of the household in his nuclear family (his father was killed by in Chechnya) to the Austrian authorities he’s still very much a child. 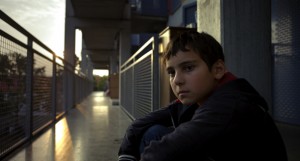 The weight of responsibility lies heavily on his shoulders and is reflected in the stern seriousness of his boyish face, etched with the trauma of memories of the past: it’s a subtle yet moving performance from such a young actor.  Already his peers are resorting to petty thieving but Ramasan takes his responsibilities seriously and his cue from the elders of the community and, in particular, his neighbour. When Isa (Aslan Elbiev), an old friend of his father turns up, he’s on his guard; slow to trust and sceptical of the interloper.  As the slow-burning narrative moves forward, Ramasan’s vulnerable childhood morphs into hard-edged, impulse young adulthood with a suspenseful intensity that allows plenty of space for reflection; uncertain of how matters will unfold. Sudabeh Mortezai’s drama is cleverly-scripted, skilfully-crafted and sensitively-performed MT