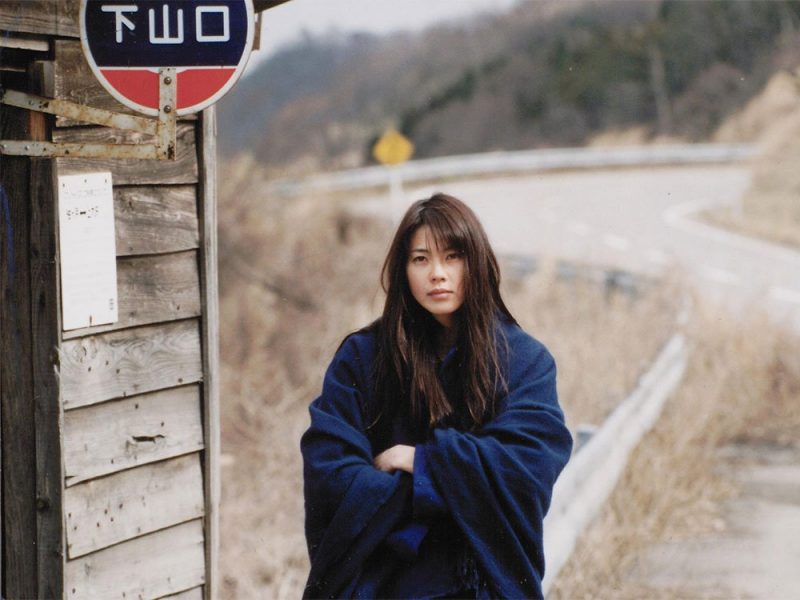 Born in 1962, Hirokazu Kore-eda studied literature at university with plans to become a novelist, later establishing himself as a documentarian in the late 1980s, working in television, were he directed several prize-winning programmes. Maborosi brought him and his DoP Masao Nakabori international acclaim, winning awards at Venice film festival. He would later win the Palme d’Or at Cannes with Shoplifters (2018).

Maborosi is a mature, poetic discourse on the meaning of loss and longing. Scripted by Yoshihisa Ogita and based on a novel by Teru Miyanoto. Maborosi takes its title from the Japanese word for mirage, and resonates with Feu Follet, Louis Malle’s feature about a suicide. Kore-eda was 34 when he shot Maborosi; contrasting modern and traditional life, rather like Japanese master Ozu.

In Osaka, Yumiko (Esumi) is content with her easy-going husband Ikuo (Asano) and their baby-boy Yuichi. One morning she finds the police on her doorstep: Ikuo has been killed on the nearby railroad tracks. Yumiko is shattered, the tragedy bringing back memories of the disappearance and death of her grandmother Kyo, when Yumiko was twelve years old. For a long time Yumiko lives in limbo, not able to accept the death of her husband. An arranged marriage brings her to the remote windswept coast of Uniumachi on the Noto peninsula. Her new husband Tamio (Naito) and his daughter live with an extended family and Yuichi (Kashima) bonds easily with the two. But Yumiko takes time to adjust to her new life, unable to forget her the deep affectionate love she shared with Ikuo. And when she returns to Osaka for a visit, all the old wounds open – particularly when she re-connects with Ikuo’s friends about the circumstances of his death. She goes back to Uniumachi but the past stays with her.

The hustle and bustle of city life in Osako contrast with the tranquil setting of the fishing village. Although in both places Kore-eda shows the warmth and humanity of close neighbours and the daily routine. Yumiko’s anxiousness and the barriers she puts between herself and a new life are palpable: for most of the film we see her as an observer, looking in from outside. The languid tempo also brings to mind Ozu, as do the frequent near static shots, featuring the rough landscape around the village. The feeling that fate could once again We observe this grieving process with a shared feeling of ambivalence: Yumiko has lost confidence in happiness, doom is constantly waiting round the corner. She is not yet ready to say goodbye to her former life and the limbo between the past and an unknown future, where “she brings death to the ones she is close to” – like her first husband and her grandmother.

Moborosi is a story that also paints an emotional portrait; music, light and weather express the heroine’s sate of mind while her serene persona is also deeply troubled. The spoken word is often replaced often by an inner monologue. In the end she has to make up her mind whether she, like Ikuo, wants to ‘listen’ to the siren songs in the light of death, or whether she is ready to progress with her life and new family. Like his compatriot Hsiao Hsien Ho, Kore-eda takes care of every frame: nothing is superfluous, everything is stripped down to the minimum. Kore-eda’s whole oeuvre is about using the screen to paint poetry, his protagonists seek to overcome their banal reality with something more meaningful which, as in this case, can also be destructive. AS