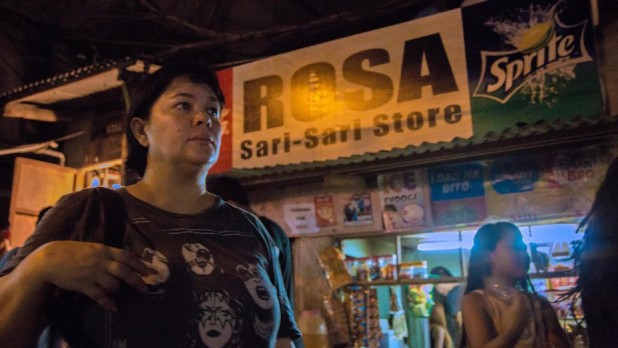 The Filipino director Brillante Mendoza returns to the social unease of midtown Manila that was so flagrantly protrayed in his 2009 drama Kinatay as a world of police corruption, dissociative violence and hopelessness where ordinary people labour under the authority of the powers that be. Ma’Rosa (Jaclyn Jones) is a shopkeeper and mother of four with her husband Nestor (Julio Diaz) who also runs a sideline in drugs to make ends meet – although they hardly ever do – in this stark slice of social realism told in the style of a docu-drama.

Eventually the police arrive and arrest the couple demanding to know their substance supplier and to pay a heavy fine or go to prison as drug traffickers. Ma’Rosa is forced to go back to the drawing board and her kids out on the street to beg, steal or borrow the money to keep the voracious cops at bay. This is a desperate drama that plays out as a gritty study of resourcefulness and instinct for survival in the crowded streets of the capital as the kids come up with demoralising ways to save their parents with the knowledge that their only future is just more of the same.

Ma’Rosa is a lucid and well-crafted piece of cinema that nevertheless fails to engage with the hearts and minds of its characters, keeping us alienated but in no doubt as to their plight at the end of the day. MT