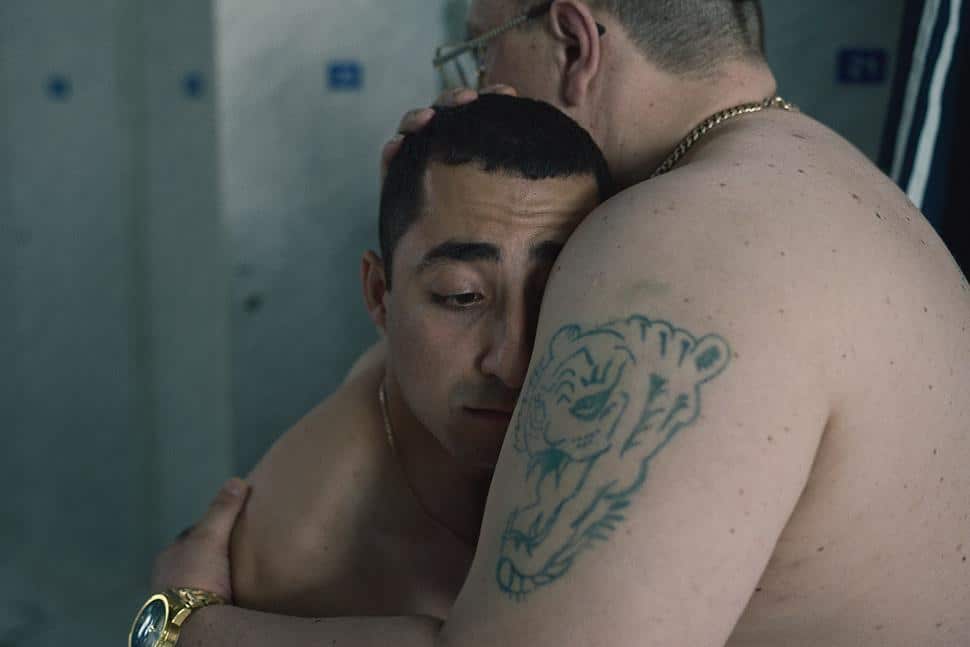 The Russian invasion of Ukraine was still a ‘future shock’ when Luxembourg, Luxembourg was chosen for this year’s Venice Film Festival Horizon sidebar.

The film’s director and writer Antonio Lukich – best known for the award-winning My Thoughts are Silent – was forced to abandon post-production work. But his team persevered, and what would have been just another Ukrainian film premiere abroad, now offers a salutary reminded: Ukraine is alive and flourishing in spite of Russian tanks.

Naturally Kolya and Vasili hate school much preferring to spend their time taking train rides in the small town of Lubny where their father, boss of a gang of small time hoodlums, is ‘King’ – he can even stop the moving vehicles when the brothers fail to jump off in time for classes.

But reality bites, and twenty years later, Vasili (A. Nasirow), now married with one child, has joined the police force, and Kolya (R. Nasirov) is a bus driver for the local council. Vasili has never forgiven their father for abandoning the family but Kolya is still living with his mother and stepfather and grown fond of his biological father, believing that he truly loves his mother: “He followed her to Lubny, I mean, not Paris or Prague”.

When hot-tempered Kolya attacks an old man after a traffic accident, he loses a lucrative bus route and has to redeem himself driving a much less profitable one. Meanwhile, Vasili is at war with his much wealthier Masha (Cherchevych). So when Kolya messes up again, injuring an old woman in the automatic doors, Vasili’s promotion is put on hold. In a hilarious scene, the brothers’ families get together for “Forgiveness Sunday”, which turns out to be anything but.

Kolya is forced to look after the old women he injured, and even buys a goat to keep her happy. Then the Ukrainian consulate (in Luxembourg) calls to let the brothers know their dad is dying. Kolya dusts down his passport, but Vasili is not keen on the idea of going all that way. Eventually, they set off together on a mission which ends in tears in a surprising turn of events that changes off-kilter comedy into something more tragic.

Kolya is very much a victim of arrested development but he is still more likeable than his opportunistic brother in this small-time backwater brought to life by Misha Lubarsky’s striking camerawork. There’s nothing to do but hang around, and idle hands are the devil’s workshop – as the old saying goes – in this town where the nouveau riche are almost worse than the poor when it comes to bad behaviour in a society gradually spinning out of control. Sadly, war has united these hapless countryman, but certainly not for reasons they’d hoped for, or expected. AS