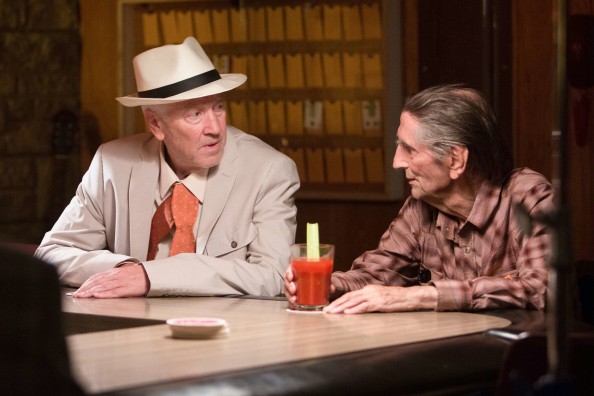 Harry Dean Stanton reached his early-nineties with a string of a hundred or so nuanced character performances to be proud of in TV, indie and mainstream fare. The Kentucky born actor kicked off his career in the 1950s with an uncredited turn in Hitchcock’s The Wrong Man. Cool Hand Luke and Two-Lane Blacktop followed and he made notable impressions in Alien; Paris Texas and The Green Mile – and the Avengers Assemble and Twin Peaks. He died in September 2017.

John Carroll Lynch’ feature debut is devoted to Stanton’s rich brand of dark humour and hang-dog ‘dudeyness’, where finally the American National treasure gets a film all to himself. Described as the spiritual journey of a ninety-year0old atheist, LUCKY certainly lives up its drole title. And although the film is rather a caricature of the MidWest mindset, Stanton’s poignant performance as a retired cowboy Lucky garnered a handful of US awards.

Redemption and rumination are popular themes and always make for a pithy drama – indeed, Stanton played the brother of Richard Farnsworth’s similar type in David Lynch’s The Straight Story nearly 20 years ago. Here as Lucky he is forced to review his own mortality and how its affects his loved ones, after a fall jolts him into introspection. As a debut, LUCKY is sure-footed and appealing with some memorable scenes amongst the more routine stuff of men playing cards and shooting the breeze in local bars. And Stanton is partnered by his old friend David Lynch (as Howard, an equally mellow character). A real Western gem, for anyone’s money. MT