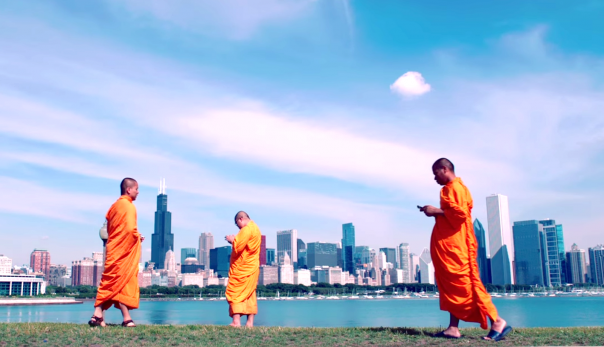 Low and Behold: Reveries of the Connected World (2016) 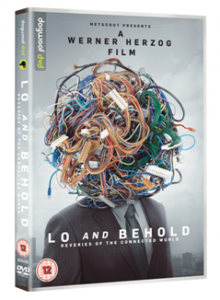 For someone who has battled with alligators in the Amazon and avoided being killed by Klaus Kinski, the internet doesn’t seem too much to tackle: Werner Herzog stands manfully up to the experts he interviews in his Teutonic tones, always having the last word, even when it comes to delicate questions like “can robots fall in love”.

The first of the ten-chapter exercise starts in the room where it all begun: on 29.10.1969, at UCLA, the first internet-message was sent out to Stanford University, some hundred miles away. It should have read “log in”, but the system crashed after just two letters – ‘lo’ becoming part of the title for this documentary. Herzog’s turns the inquiry often from its scientific base to practical all too human consequences. He is not awed by the scientists (or hackers for that matter), always arguing his point, often supported by Wagner’s “Ride of the Valkyries”. And there are some nasty examples he has uncovered: we see the family of Niki Catsouras, who had committed suicide in her father’s car, with the gruesome images plastered all over the net. Or the sanctuary for victims of internet games in Green Bank, West Virginia, where an enormous telescope, run and erected by Robert C. Byrd, blocks any connection. One of the ex-gamers is even afraid to discuss games in detail “in case it brings up my cravings”. We also learn that South Korea seems to be particularly afflicted by the plague of game addiction, some cases even being fatal. And worse is to come: physicist Lucianne Walkowicz talks about the danger of sun flares, which could bring down the whole network – endangering all aspects of our lives, including food and water supply. Hacker personality Kevin Mitnick, at a congress in Las Vegas, tells the story of his life and how he spent years in federal prisons.

Nowadays, hackers are more likely to be employed by federal governments – the case of Russian hackers trying to influence the USA presidential election a very much on-going case. There are less serious questions asked: who will be legally responsible for car accidents when artificial intelligence is driving our cars. Whilst trying to explain the function of the net, Ted Nelson uses the metaphor of flowing water as a metaphor for the interconnectivity. Another worthwhile thought is the lack of any mention of the internet in SF literature – we read all about flying cars, but nobody mentioned anything about the net. And finally the question of love among the robots: how would you react if your washing machine told you that it could not do the laundry, because it was in love with the dishwasher?

Herzog’s most important interception is to agree with the thesis “that computers are the worst enemy of deep, critical thinking.” I would even go a step further: they are the enemies of any form of emotional contact between humans. In a world still dominated by men often resembling patients suffering from semi-autistism, computers will eventually obliterate the difference between humans and robots. Then, robots won’t be the only ones that can’t dream. A sober and extremely unsettling documentary. AS