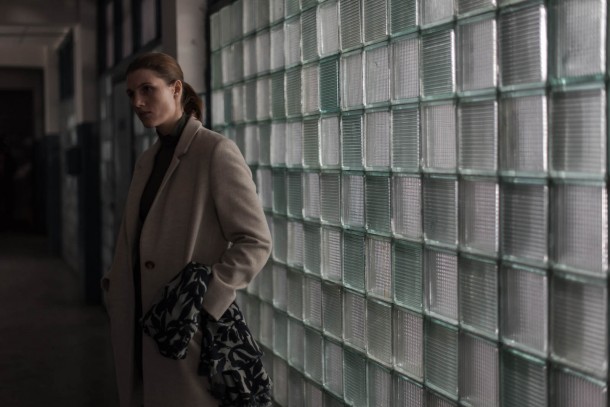 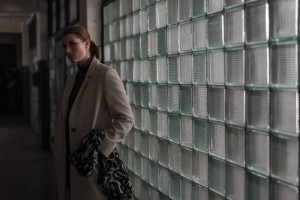 Zvyagintsev’s long-awaited followup to Leviathan is the story of a divorcing couple forced back together again to search for their missing son. LOVELESS is scripted by Oleg Negin who also wrote The Banishment, Leviathan and Elena but the only similarities lie in the alienation of the characters: here Zvyagintsev would have us believe that the Grim Reaper has finally visited Russia and stolen its human soul and spirit. What remains is a collection of spiteful, self-seeking, sociopathic types whose only pleasure is shopping, selfies and social media due to a culture that breeds indifference by forcing them into loveless marriages to procreate and conform.

In Moscow a young couple have already been through a bitter divorce but are still sharing a home. Their young son Alexsei sobs silently in his bedroom in one of the most moving scenes in this otherwise emotionally barren affair, while his parents, who never wanted him, bicker about how best to sell the family flat. Boris (Alexei Rozin) is a tubby, pasty-faced office worker whose new girlfriend, an aquisitive blond, is needy and close to her conniving mother. His soon-to-be-ex-wife Zhenya (Maryana Spivak) is hostile towards her son and husband. A beautician, she is now dating a rich and cold-eyed man twice her age with a pristine appartment in an upmarket part of town.  There is nothing to recommend any of them: physically and spiritually they represent the worse form of life, alive and kicking – not just in Moscow – but in much of the civilised world.

When Alexsei disappears during his parents’ separate date nights, the film becomes a police procedural of utter desperation. Moscow feels like a frozen forest filled with creatures from another planet: these s0-called parents are merely psychopaths and narcissists going through their vacuous routine, their only despair is for themselves rather than the loss of their son. This is a bitterly depressing film but visually impressive and inventively framed.

If you’re looking for two hours of utter desperation and frightening emptiness. LOVELESS is the film to watch and it’s coming to a cinema near you. Be warned. MT