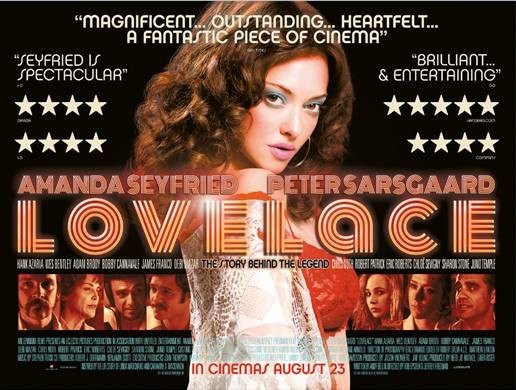 Through a clever narrative structure, the truth behind the porn legend is gradually revealed in the second half of the film where the tone shifts from light-hearted comedy to disturbing and moving drama. We discover the extent of the abuse that Linda suffered to achieve this financial dream for all those involved (accept herself) and how she eventually manages to move on with courage and dignity. A really entertaining piece of filmmaking that really captures the spirit of the seventies made all the more memorable by its upbeat score featuring hits from T.S.O.P. and George McCrae’s ‘Rock Your Baby’ (1974). MT

LOVELACE IS ON GENERAL RELEASE FROM 19TH JULY 2013