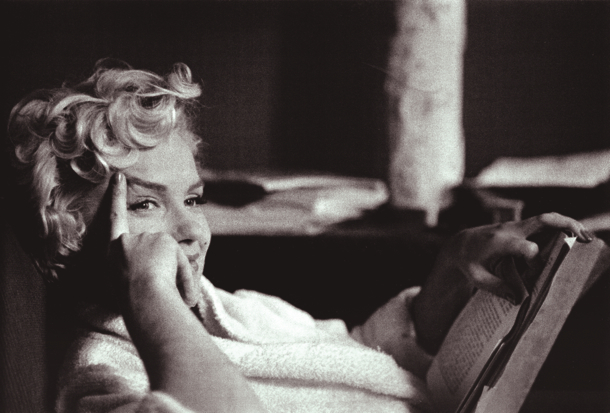 One can say without hype that Marilyn Monroe (1926-1962) is one of the most exploited women in our media age. After her mother, a cutter at RKO, could not look after her anymore due to mental health problems, Norma Jean Mortenson was bounced around between orphanages and foster parents. At the age of 16, working in an aircraft factory, she married a man whom she called “Daddy; they divorced in 1946. Her acting career started the following year as an un-credited voice of a telephone operator. Fox, who let her first contract expire, re-signed her, and she had small parts in the 1950 films Asphalt Jungle and All about Eve. But nothing prepared her or the media world for her status as sex symbol, which she cemented with Niagara in 1953. 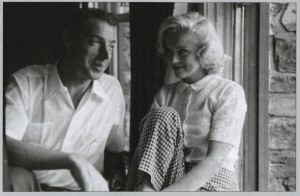 Here in Love, Marilyn, a documentary-style biopic, Liz Garbus tries to give the late idol a voice based on diaries and personal letters previously published as ‘fragments’ in 2010 (as discovered in Marilyn’s house in Brentwood by Anna Strasberg, daughter of Lee, her acting coach). It goes without saying that the subject-matter is gold-dust, but that doesn’t necessarily guarantee top marks for Love, Marilyn as a successful piece of filmmaking. Liz Garbus falls on the first hurdle in her decision to cast a selection of contemporary Hollywood actresses to recite the “different voices” of Marilyn  (rather than just one lead), giving the piece a slightly disorientating feel at first as we grapple with trying to identify who’s being whom. Clearly it’s impossible to find an actress that evokes Marilyn’s multi-faceted persona, so casting a variety of actresses seemed a stroke of genius but actually it’s rather a flawed one. These moments are, however, successfully inter-cut with archive newsreel and private footage which are always going to be endlessly fascinating, no matter which filmmaker wields them.  And the camera obviously loved Marilyn: possibly one of the most expressive and charismatic of all the actresses of her era. The most appealing aspect of this doc are the endless stills of her looking devastatingly beautiful, touchingly naive; endlessly sexy; happily ‘in love’ and tellingly lost; disappointed and broken.

We learn nothing really new, only snippets like Jean Russell mentioning that Monroe was frightened to leave her dressing room during the shooting of Gentlemen prefer Blondes (1953). Or the scene Monroe’s husband Joe DiMaggio made in 1954, when director Billy Wilder shot the famous subway footage over and over again, while 1500 hooting men stood by, asking for more. The same Wilder, who would call Monroe later “the mad person on the plane” during a troubled shooting schedule. Or her brave engagement for her soon-to-be husband Arthur Miller in 1956, when he was hunted down by the HUAC committee and could not get a passport (Fox told Monroe, she would be finished, if she supported Miller); the same Miller who wrote the script to Misfits, her and Gable’s last film, in which Monroe played a role she felt degraded by, whilst her husband met his next wife, Inge Morath, on location. 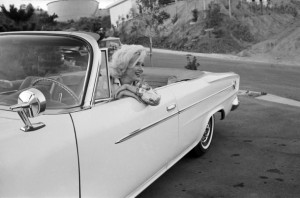 No wonder she was so disturbed that she agree to enter Payne Whiting Psychiatric Hospital voluntarily in February 1961, a month after her divorce from Miller. Mistreated and cut off from her friends, she smuggled a note to DiMaggio, who got her out, threatening to tear “the building down brick by brick”. Her relationship to her psychotherapist Ralph Greenson (she moved closed to his home in LA) was ambivalent too, since the doctor prescribed her in the end more or less anything having grown distant from his star patient. In May 1962, whilst on the set of the troubled Something Has To Give, she flew to Washington to sing “Happy Birthday, Mr. President” for JFK; Fox sacked her for breaking contractual obligations, only to re-instate her days before her death on 5 August 1962.

Garbus saves us from all the theories regarding the Kennedy brothers, but the earnest declamations of the Hollywood stars do not make up for the fact that this, too, is just another vehicle on the exploitation bandwagon circling a troubled woman who was unable to put the many fragments of her life together and who wrote in her diary shortly before her death: “Please don’t talk about me when I’m gone”.  AS

LOVE, MARILYN IS ON GENERAL RELEASE FROM FRIDAY 18TH OCTOBER AND ON DVD 28TH OCTOBER