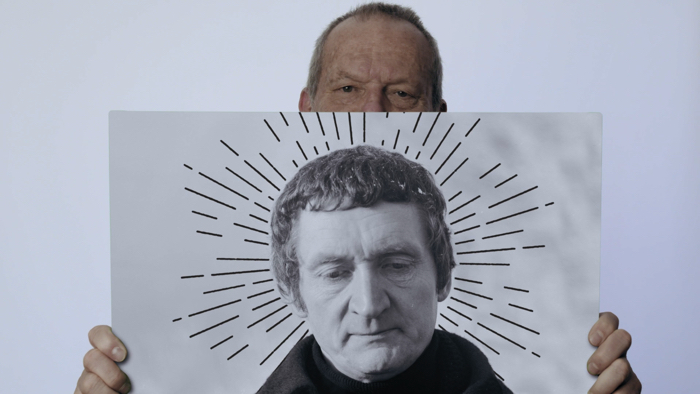 Mikurda captures the Avantgarde weirdness of it all by patching together clips from the Polish surrealist’s films interpolated by the emotive musings from other filmmaking luminaries – the late Andrzej Wajda, Terry Gilliam, Patrice Leconte, Slavoj Zizek, Neil Jordan, Bertrand Bonello and Mark Cousins are overlaid by pithy quotes and comments made by Mr B himself who is now considered one of the 20th century’s most significant animators and auteurs. Several call him naive: Lisbeth Hummel (who appeared in The Beast) and Cherry Porter who also claims he became less lyrical about women in his later years. British critic Peter Bradshaw admits to being totally bemused by his stuff as a teenager back in the 1970s, but also confesses they were very male films: men were both the filmmakers, and the consumers – well done Peter!.

The cult classic clips include many of the maverick filmmaker’s best known features and Mikurda and his writer Kubawski divide these into chapters devoted to Goto, Island of Love (1968), Immoral Tales (1974) and The Beast (1975), accompanied by Stefan Wesolowski’s fricative occasional score, which gives the piece a scattergun rhythm.

Naturally the segment on Sylvia Kristel and Emmanuelle V (1986) gets a great deal of screen time with worthwhile input from the film’s co-director Thierry Bazin (who claims Mr B only ate potatoes during their daily lunches together). But this feature also marked his gradual decline, dealt with rather abruptly as the doc runs out of steam.

So Mikurda’s debut is a welcome attempt to shed light on the intriguing world of Walerian Borowczyk leaving ample room for more insight, particularly from a female point of view. MT