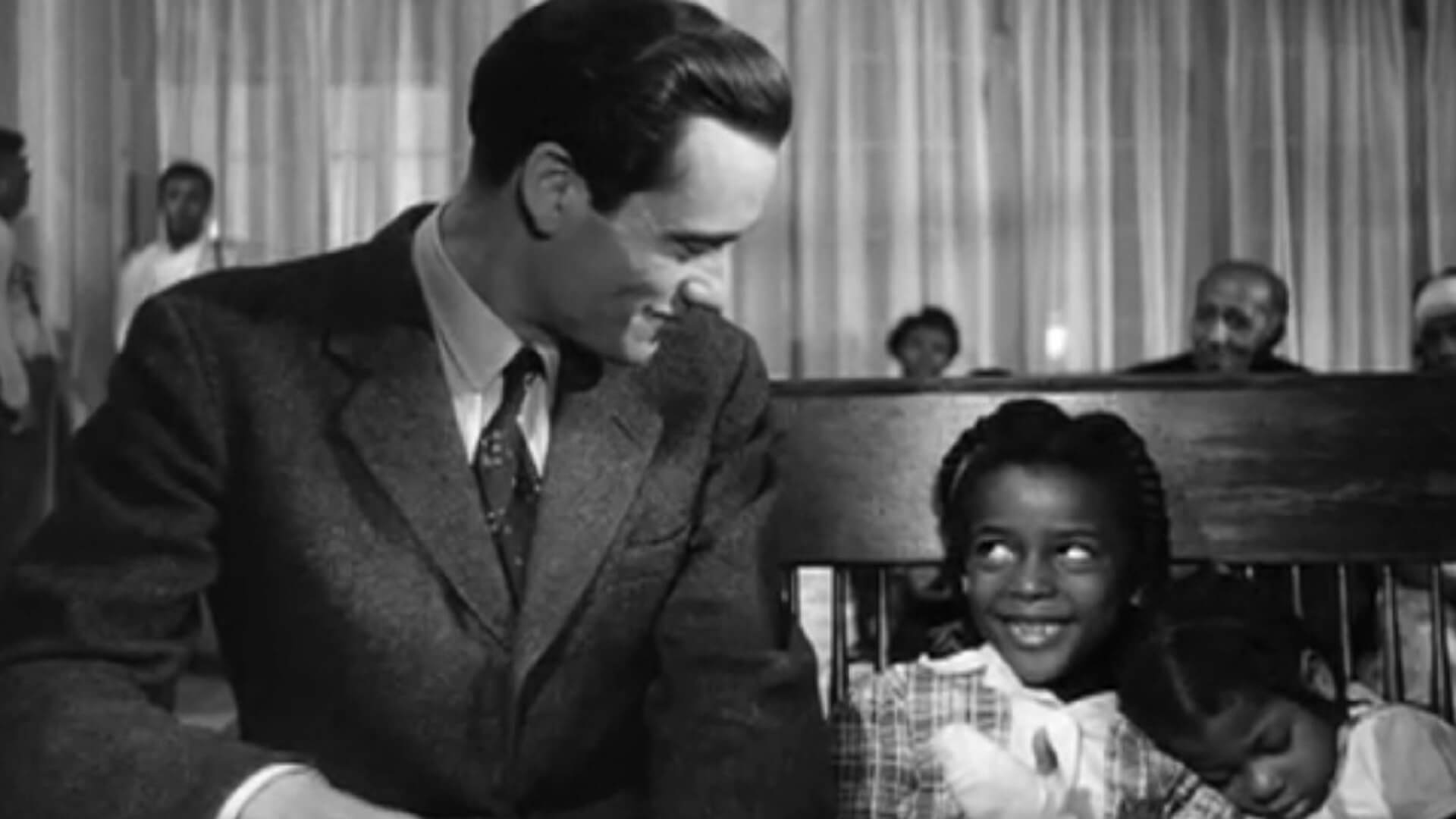 During the immediate postwar period Hollywood developed a new maturity and a social conscience on racial matters given expression in 1947 by two dramas about anti-Semitism, Crossfire and Gentleman’s Agreement. Two years later, Lost Boundaries was one of at least four films released in 1949 addressing discrimination against Black Americans preceded by Home of the Brave and followed by Pinky and Intruder in the Dust.

The issues addressed by Lost Boundaries anticipated Imitation of Life and the British Sapphire by ten years, but Imitation of Life itself was already based on a 1933 novel that had been filmed before in 1934. The 1934 version of Imitation of Life is possibly unique in that the daughter who ‘passes’ was actually played by a Black actress, Fredi Washington (1903-1994), who is superb, and whose failure to go on to a fruitful career in Hollywood speaks volumes. The topic remains hot today, with the White House having been recently occupied by the man who sponsored the ‘birther’ campaign against his mixed-race predecessor (who himself once raised eyebrows by describing himself as a ‘mutt’); while in 2015 the whole situation was turned on its head when Black activist Rachel Anne Dolezal was ‘outed’ as White.

Crossfire was actually based on a novel in which the original murder victim had been a homosexual, and the issue of ‘passing’ for straight for the sake of a quiet life also remains a live one, as Jonathan Demme’s Philadelphia (1993) testified. (Richard Hylton – who plays the son in Lost Boundaries – ironically returned to the stage after Fox declined to renew his contract due to rumours about his sexuality, and eventually committed suicide in San Francisco in 1962.)

Mounted by Louis de Rochemont to resemble a documentary, Lost Boundaries depicts a world unfamiliar even today to many White audiences of America’s Black professional class, and is based on the case of Dr. Albert C. Johnston (1900-1988), a Black radiologist who along with his wife Thyra (1904-1995) passed as White in 1930s New Hampshire (and was even chairman of his local Republican Party) until his cover was blown when the USN withdrew his commission in 1940 after learning that he was part Black.

The story of Dr. Johnston and his family was the subject of a Reader’s Digest article in 1947, followed in 1948 by a book, Lost Boundaries, by William L. White (author of Journey for Margaret and They Were Expendable) before being turned into this film, which won the award for Best Screenplay at the 1949 Cannes Film Festival and was banned in both Atlanta and Memphis. (Dr. Johnston himself continued to work in Keene, N.H. until moving to Hawaii in 1966).

For modern viewers more used to seeing Mel Ferrer in escapist Hollywood fare like Scaramouche and Lili his role in this is a surprise; but he is in fact one of several actors making their debuts in the feature, notably Richard Hylton – whose discovery that he’s Black just as he was about to enter the navy has a power equivalent to the plight of the daughter in Imitation of Life – and a charming and impossibly young-looking Carleton Carpenter in a smaller role.

The fact that the son’s situation is far from unique is revealed when a Black police lieutenant observes, “Ohh, one of those cases, eh? Some times they really do go screwy”. Canada Lee is excellent as usual as Lt. Thompson, and it’s yet another of the film’s many ironies that when he died of a heart attack three years later at the age of 45 he was at the time being hounded by the HUAC. Richard Chatten.

ON DVD AND TCM in the US