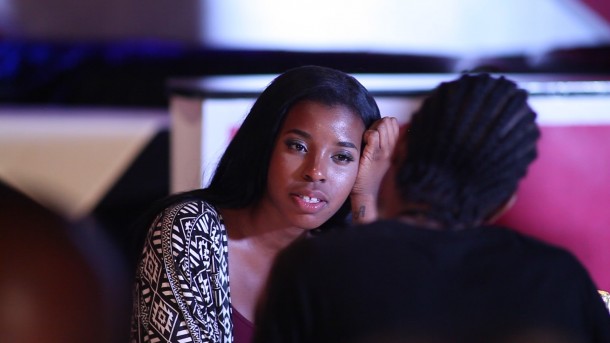 Menelik Shabazz (Burning an Illusion) has tackled gender relationships in the black community in this wide-ranging documentary, relieving the overwhelming talking head interviews with spurts of comedy from Eddie Kadi and Donna Spence, as well as the impressive women poets Comfort and Nairobi.

LOOKING FOR LOVE features psychologists, counsellors, relationship coaches and spiritual healers, members of group sessions and many individuals trying to come to terms with the undeniable fact that the majority of males in the black community are not taking enough responsibility for their families, and often repress their female partners. There are two main arguments competing here: one cites the lack of positive male role models for the misery of so many black women; the other attempts to lay the blame on slavery, having taken the black male away from his responsibilities for too long – there is a third, rather confused strain of argument that attempts to blame society as a whole for preventing black male from using the right hemisphere of their brains in a society dominated by whites. Our sympathies lie with the (mainly female) psychologists and counsellors, coming up against arguments from faith healers and the like, who find apologies for the black male, simply ignoring the fact that equivalent socio-economic section of the white male population behave in identical ways (minus the charm of the West Indian men) to their black counter parts and totally ignore the predominance of white macho-culture the world over.

The culture of black male of today “avoiding learning” can not be put down to slavery, neither can their tendency to attack the success of other black male students to bolster their homosexuality. It is dangerous in the extreme to pander to such arguments in the name of racism, but this documentary shows just how common this is.

At a running time of nearly two hours LOOKING FOR LOVE over-eggs its message with repetitious interviews and although Shabazz’s non-judgemental approach is laudable, and follows the normal documentary code, here it does  a disservice to the rational arguments. That said, he opens a long overdue debate. AS