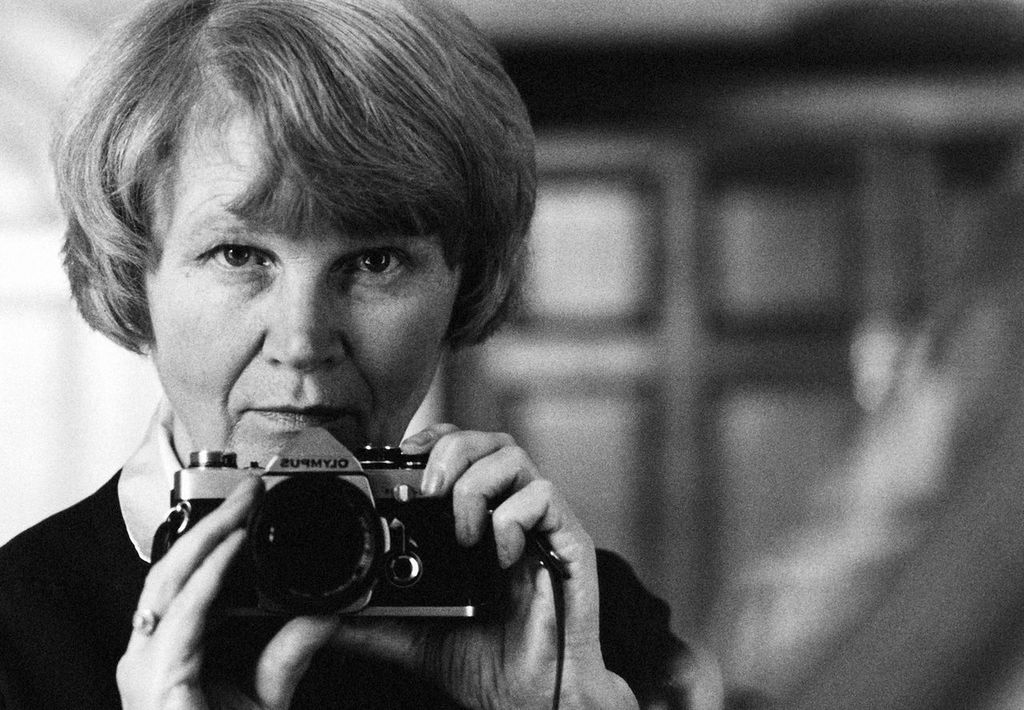 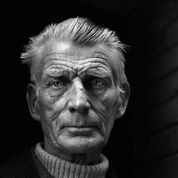 Jane Bown, born in 1925, was a staff photographer on The Observer from 1949, retiring only when well into her nineties. Whilst millions all over the world are familiar with her portraits of the in/famous like Samuel Beckett, Boy George or Liza Minnelli; her identity, in spite of many books and exhibitions (one is running from the 22.4. to 31.5 at the ‘Observer’), remains mysterious: few people could identify the photographer behind these haunting black-and-white images.

This documentary traces her life from Herefordshire, where she was born into a well- to-do family, unfortunately “on the wrong side of the blanket, in the kitchen” – meaning that she was illegitimate: her father, the Lord of the Manor was in his mid-sixties, her mother a young nurse who looked after him. She was supposed to be given up for adoption, but one of her father’s sisters intervened, and she ended up being brought up by two of them in Dorset. She only learned of the identity of her mother when she was 12, having a very strained relationship for the rest of her life with her, something she regrets: “My family played ‘Pass the Parcel’ with me”.

Jane Bown spent the War years in Liverpool as a “Wren” cartographer and, after studying photography at Guildford College, the future Observer Photo editor, Mechthild Nawiasky (an emigrant from Austria, who was a famous lion-tamer), asked her to take a photo of Bertrand Russell in 1949. This was the start of a long career as a portrait photographer. Apart from the famous, Bown loved shooting ordinary people, her photos of strikes in the 70s are particularly evocative. She married the fashion executive Martin Moss and the couple had three sons. One of them, Martin, talks about the split life of his mother: she was Mrs Moss during the weekends in the family home in the countryside, and Jane Bown during the week – even having two different bank accounts.

Bown always shot in black and white, mostly with a manual SLR. For her, “digital is a dirty word”.  Education establishments who worked with her, describe her putting her subjects at ease, “they were not afraid of this nice old lady”. Her most famous photo, the one of Samuel Beckett, was shot at the Royal Court Theatre on a chance meeting; the camera shy Beckett obviously not too happy about the encounter. Bown also captured the images of three very famous colleges: Cartier-Bresson, Martha Gellhorn and David Bailey – the latter, cuddling his dog, following her instructions with “I know exactly what you are doing”.

Pop stars like Mick Jagger, The Beatles and Cilla Black loved her, as did the Queen, who asked to shoot a second roll of film. And her portrait of Anthony Blunt, the “fourth Man” looks straight like out of a thriller of the 40ies. Her photos are passionate – but never sentimental – studies in light and shadows, showing that she “loved her subjects”. One of her colleges said, that Jane was so unhinged by her childhood experiences, that she would change bedrooms every month – her only true home being The Observer, where she still visits in her wheelchair. AS