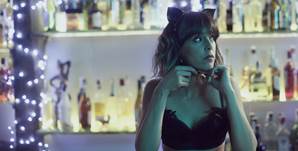 London Spanish film festival is back again for a Spring weekend celebrating the latest in independent Spanish cinema.

Paco León (Carmina and Carmina y Amén), returns with another comedy, a remake of Josh Lawson’s 2014 feature A Funny Kind of Love, interweaving five stories riffing on the fetishes and frustrations of his well-drawn and amusing characters. Working with an excellent cast León retains the tension throughout in this light-hearted satire that explores and the do’s and don’ts of Sex. 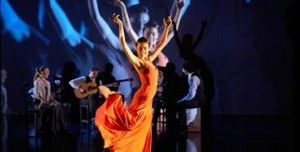 Visually stunning, Jota de Saura captures the vivacity and charm of the jota, a traditional Spanish dance often accompanied by the use of castanets, from Saura’s birthplace of Aragon. Music and dance has always played an important role throughout his extensive repertoire, and here he takes us from dance classes to studios where illuminated screens with his own paintings provide a magic backdrop to the dancers performances. This a wonderful trip to the world of the jota and its many variations that works towards safeguarding a very special tradition. 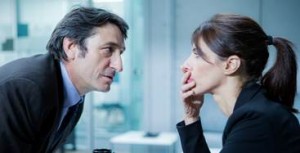 LA PUNTA DEL ICEBERG  | The Tip of the Iceberg

Cánovas’ debut feature is a stylish satirical thriller that examines how  surveillance cameras recording every moment of our working lives as employees runs contrary to the equally omnipresent data protection culture. Maribel Verdú plays the central character investigating a series of suicides in a large corporation.

Followed by a Q&A with the director

Following the death of his wife Isabella, Ferdinand of Aragon (known collectively as the Catholic Kings) goes to war with his son-in-law Philip, over the kingdom of Castille, which has fallen into the hands of Ferdinand’s daughter Joan. The Broken Crown brings in a new perspective to this episode of 16 century Spanish history by focusing on the unscrupulous lust for power of two men and the fragility of a woman who never wanted to be Queen and who was devastated when betrayed by her husband and her own father.

70-something Marga faces an unexpected backlash from her children when she announces her intention to sell the family house and travel the world. Miguel de Arco, one of Spain’s most popular theatre directors, casts a solid Spanish ensemble in his first feature film, a family tale full of big egos and surprising twists that will keep you on the edge of your seat.