Two detectives work out their own troubled relationship when investigating a series of brutal crimes against elderly women. The rather aggressive Alfaro and the stuttering, insecure Velarde are played convincingly by Álamo and de la Torre respectively. Set during the Pope’s visit to Spain in the hot summer of 2011, Rodrigo Sorogoyen’s crime drama is a rich character study, examining social tensions, the role of the police and Spanish Catholicism.

Isabel Coixet’s rather turgid drama is enlivened by three superb performances from Emily Mortimer, Bill Nighy and Patricia Clarkson in this screen adaptation of Penelope Fitzgerald’s 1978 feminist novel that sees a young widow (Mortimer) struggling with the ruthless opposition from a local grand dame (Clarkson) when she opens a literary emporium in a small English town, tempting an elegant batchelor out of reclusive retirement and into her arms. Enriched by a voiceover from Julie Christie and Alfonso de Vilallonga’s score, the film garnered several Goyas for Best Film as well as Best Director and Best Adapted Screenplay awards for Coixet. 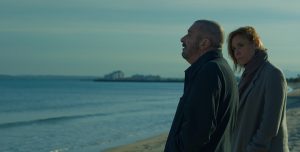 Anchored by a standout performance from Nathalie Poza, Lino Escalera’s award-winning feature debut is an intense and emotional road movie that explores contemporary and traditional Spanish values through the story of a young woman and her estranged and ailing father.

Maribel Verdu stars as a long-suffering football widow in Pablo Berger’s zany domestic melodrama with touches of magic realism and horror thrown into the mix. An intense and inventive follow-up to his 2012 hit Blancanieves.

A mother and daughter reunion is at the core of Ramon Salazar’s thematically rich character drama that explores the complex tensions and the mixed love-hate emotions between a daughter and her stoic mother. Barbara Lennie and Susi Sanchez acts their hearts out supported by Ricardo de Gracia’s photography, Sylvia Steinbrecht’s art direction and Clara Bilbao’s costumes.

Lots of kids, a monkey and a castle were Julieta Salmerón’s dreams as a little girl. And she got them all. Gustavo Salmerón, better known in Spain for his work as an actor, this is a documentary tribute to his mother who emerges a delightfully pragmatic woman, optimistic and somewhat extraordinary as well as eccentric; she keeps some of her grandfather’s backbones and her parents’ ashes and teeth at home.The film garnered several awards including Best Documentary at the Goyas and Karlovy Vary, a became a box office hit in Spain.