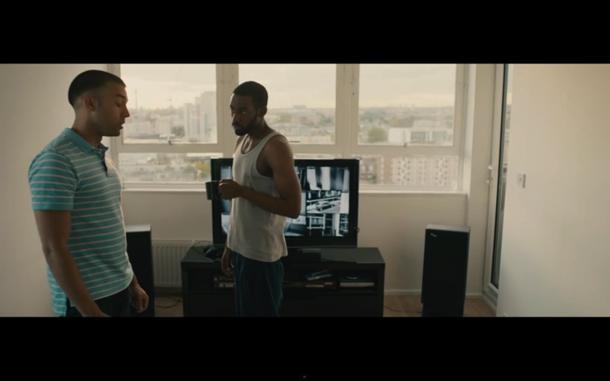 Sally El Hosaini won critical acclaim at Berlin, Sundance and London this year for her debut feature that has newcomer Fady Elsayed in a cracking turn as Mo, a teenager growing up in a traditional Arabic household.

Beyond the front door of the family’s modest London flat is a completely different world: the streets of Hackney. The impressionable Mo idolizes his handsome and charismatic older brother Rashid  (James Floyd) and wants to follow in his footsteps. However, Rashid wants a different life for his younger brother and will do whatever it takes to send him to college. Desperate to be seen as cool,  Mo takes a job that triggers a fateful turn of events and forces both brothers to confront their inner demons.

David Raedeker’s cinematography and Sally El Hosaini’s sensitive direction brings a fresh and poetic feel to this sink estate story of two young men on the crossroads to criminality who find redemption through their brotherly love for one another.  Saïd Taghmaoul adds a touch of class to the proceedings as an urbane Franco Egyptian photographer who plays the pivotal role that lifts the story above familiar territory without sacrificing its believability; reinforced by a script reflecting street patois and jargon. The superb production values and subtle performances particularly from James Floyd and Letitia Wright as his girlfriend Vanessa, make this a distinctive and memorable drama marking El Hosaini out as a striking new talent. MT