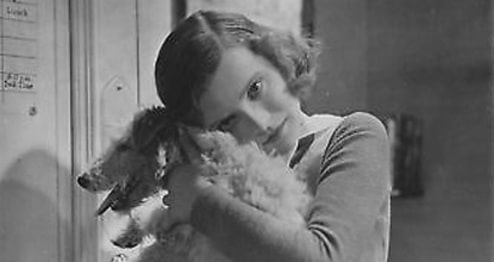 A very young Nova Pilbeam glows in this refined but raw little drama anticipating De Sica’s The Children Are Watching Us in its depiction of a child looking on uncomprehendingly at the disintegration of her parents’ marriage.

Directed by Austrian-born Berthold Viertel with a roving camera and cutting occasionally like a Soviet silent, it doesn’t quite live up to the amazing dream sequence it opens with, but certainly builds to a climax. Christopher Isherwood contributed to the script based on Ernst Lothar’s novel, and it later inspired his own work Prater Violet (1945).

Viertel (1985-1953) started life as a poet and theatre director before moving into film in Berlin and then Hollywood where he stayed with his wife Salka, an actress and screenwriter (Queen Christina and Anna Karenina) considering Europe too unstable due to the war. @RichardChatten.