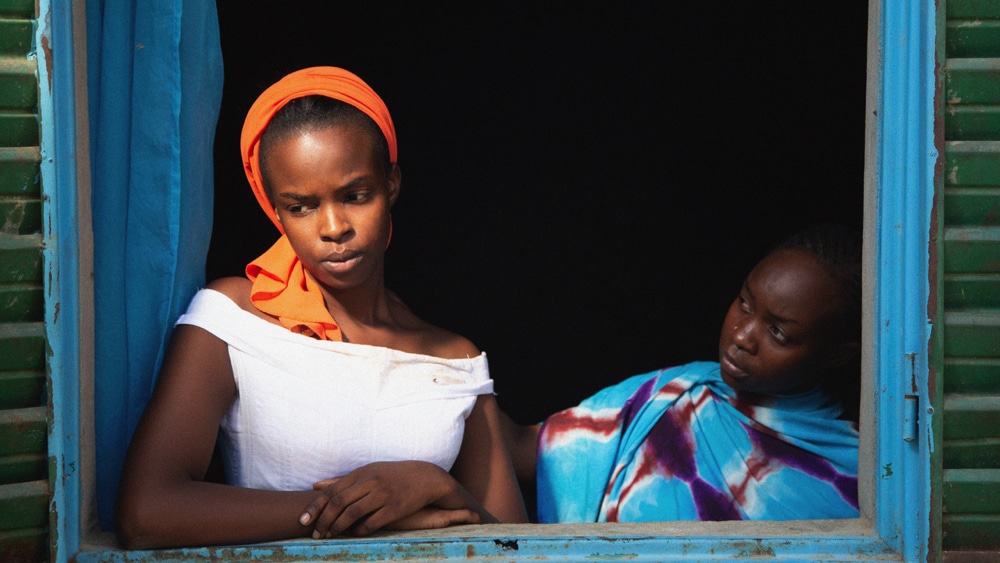 Visual storytelling at its most resplendent Lingui is a simple tale gracefully crafted by a director at the top of his game and brought to life by his talented cast.

In a landlocked Muslim country Lingui (The Sacred Ties) follows Amina an observant single mother living on the margins of a male-dominated society with her teenage daughter Maria. The men not only hold sway, they hold themselves above the law, laying it down harshly for their womenfolk. So the women are forced to play them at their game as we discover when Maria falls pregnant and cannot, by law, have an abortion.

With his vibrant compositions and exquisite framing the director keeps dialogue to a minimum in this filmic ‘whodunnit’ relying on strong cinematic language and a propulsive occasional score by Wasis Diop to show how moments of pleasure occasionally break into the harsh realities of life in Chad’s main city of N’Djamena, where a tribal society has given way to strictly enforced Islam with mosque attendance ‘de rigueur’. Woman are expected to the subservient and cover themselves up in public, ritual circumcision is routinely practiced and performed by the women themselves when the girls are still very young. To be an unmarried mother is considered sinful whatever the circumstances and so for Maria the future looks especially bleak. And rumours spread fast.

Amina makes metal household equipment which she sells for a pittance by the roadside, but not enough to pay for illegal medical intervention. Maria is a typical young teenager: proudly defiant and living by her own modern standards, but her pregnancy will take her back to the dark ages of backstreet abortions and sham. Worse still, she won’t reveal the truth behind her pregnancy until circumstances suddenly a solution. MT