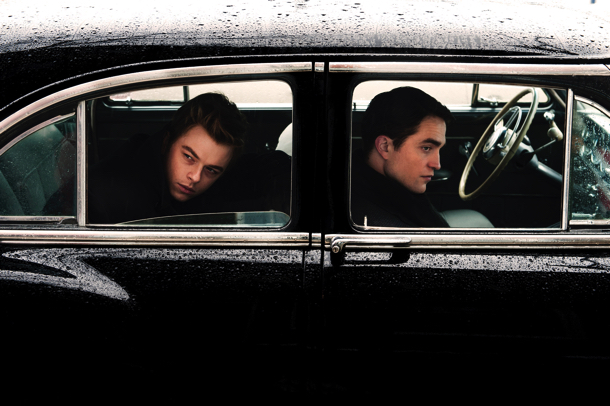 Dutch director and photographer, Anton Corbijn, is best known for his 2007 biopic CONTROL, it was also his most emotionally-involved work as a director. LIFE is a character piece on the legendary James Dean and his formative relationship with the photographer Dennis Stock (Robert Pattinson) after he was assigned by Life magazine to create a series of photos to capture the imagination of the American public and launch this new edgy and camera-shy star. US actor, Dane DeHaan steps up to the challenge of playing the legendary fifties actor with moodiness and aplomb, conveying his troubled and unsettling persona with conviction and feeling.

Corbijn shies away from the traditional biopic style drama in attempting to show how this troubled human being became an icon and how it affected him as a young actor making his way in early fifties Los Angeles. Dennis Stock is another artist also searching for identity and success from a different yet equally difficult start in life. Married with a wife and young son, he is driven by anxiety and the will to succeed but also support a young family. Whereas Pattinson’s Stock is hungry for success, DeHaan’s Dean is a chilled and laid-back individual who almost avoids success, shunning the limelight and preferring to stay in bed with his girlfriend, Pier Angeli, an actress who has already achieved stardom. Ben Kingsley is mesmerising in cameo as Jack Warner, head of Warner Brothers and Dean’s boss.

LIFE follows the pair on a trip to Dean’s native Indiana where they reconnect with his farming roots and his homespun, God-fearing folks. Meanwhile, Stock is under pressure not only to deliver the goods to his editor but also to be a responsible father to his young son back in New York. LIFE is a sensitively-crafted and well-performed drama and avoids hagiography. At nearly two hours, Corbijn’s film never outstays its welcome, leaving you wanting to stay longer and experience more of this fascinating period in film history. Meredith J Taylor

REVIEWED AT BERLINALE 5-15 FEBRUARY. FOLLOW OUR COVERAGE UNDER BERLINALE 2015 | NOW ON DVD / Blu-ray