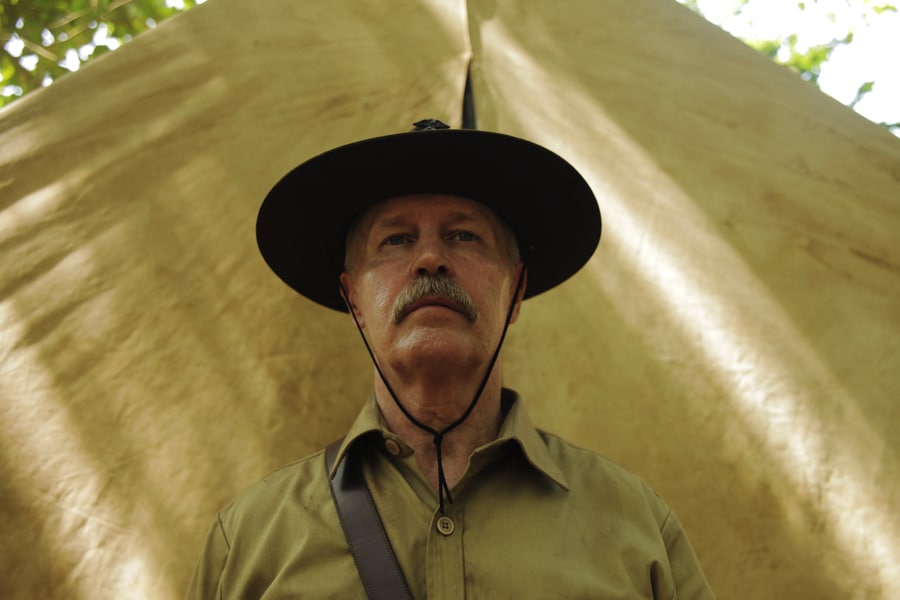 A violent hurricane in the tropical jungles of the Dominican Republic in the early years of the 20th century is the catalyst for transformation deep in this debut feature from Nino Martinez Sosa.

And the focus for change is Olivorio ‘Liborio’ Mateo who takes refuge in a cave only to reappear much later as a messianic figure and force for positive change and healing in his local community. Will this Jesus-like figure bring lasting hope or is he just another false prophet?.

An age old question and one Nino Martinez Sosa explores with some ingenuity in his lively feature debut that shines a light on this largely unknown episode of history. His film imagines a bright and self-determining future for an impoverished farming community in the South of his homeland. And one that serves as a metaphor for our world today where injustice continue despite social and economic advancement, and it will always be thus.

Since Jesus came down from the Cross, people everywhere have being looking for redemption and positive change – through cults, sects and new-fangled religions. Based on local history, Liborio is another figure who captures the collective imagination of his community, and from the time he reappears after the storm his prophecies and healing powers enrich his group of followers who have, up to this time, been dominated by Catholic doctrines. He retreats with them into the mountains to start a commune in the name of freedom, but faces still opposition from invading US marines after the 1916 American invasion when tensions developed into an armed struggle.

Atmospherically lensed by Oscar Duran (who honed his skills on Sexy Beast) this highly sensory tale takes the form of seven scenes showing how Liborio (a luminous central turn from Vicente Santos) inspires the locals with his teachings amid hostility from Catholic believers, much as Jesus got a bad rap from the prevailing Jews in Palestine; the shadow of colonialism eventually making its presence known in the shape of the soldiers.

Today in the Dominican Republic ‘Liborism’ is kept alive in ritual, prayer and song connecting this dramatised history to the present, and is here brought to us by Martinez Sosa’s illuminating historical drama. MT